Sonam Kapoor is Not Ashamed of Revealing Her Age

"I am 31 and I say it. I don't have any shame in revealing my age," Sonam Kapoor told the media on her birthday. 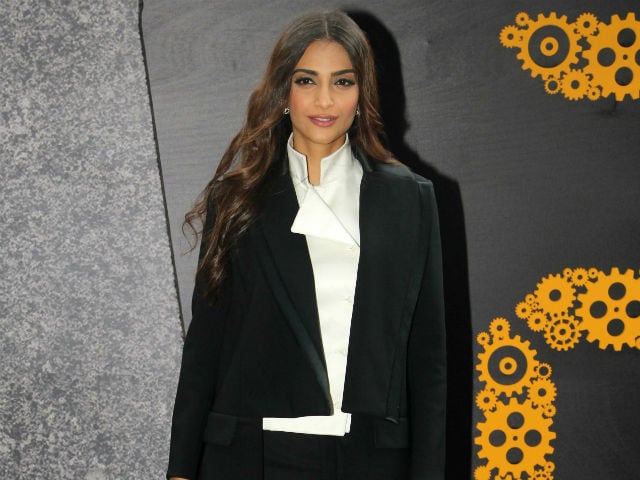 Sonam Kapoor was photographed at an event in Mumbai

Bollywood actress Sonam Kapoor, who turned 31 years old on Thursday, says she is not ashamed to reveal her age.
"I am 31 and I say it. I don't have any shame in revealing my age," Sonam told the media on her birthday.
The actress had a 'rocking year' as she was praised for her brilliant performance in film Neerja.
"Every year is a rocking year for me and every year is getting better. I never consider anything good or bad. I like to live in the moment."
The 'Saawaraiya' actress had a working birthday and she said 'working on a birthday and new year is auspicious'.
"Thank you for being supportive and being there for me. I hope people enjoy my work. Do good for people and do good to the world," she said.
After the tremendous success of Neerja, there has not been any project featuring Sonam announced till now.
"We will be announcing a project the day after tomorrow, which is my new film. I thought let dad's (Anil Kapoor) '24' and Harsh's (Harshvardhan Kapoor) film's teaser come out first. Then, I will talk about my film. You will all be informed by June 11," Sonam said.
Speculations are rife that the actress will be seen next in her sister Rhea Kapoor?s Veera Di Shaadi with Kareena Kapoor.