Sonam Kapoor Speaks About Being Molested When Younger 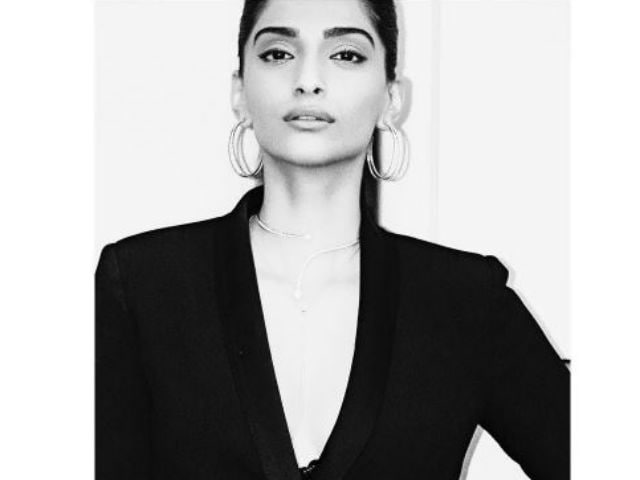 Sonam Kapoor speaks about having been molested (Pic courtesy: sonamkapoor

Actress Sonam Kapoor makes a very personal confession in a special show hosted by film critic Rajeev Masand, a short promo for which was posted on YouTube yesterday. Sonam, who appears on the show with four other actresses, discusses having been sexually assaulted when younger. "I know I have been molested when I was younger and it was very traumatising," said Sonam, now 31. Sonam Kapoor, daughter of actor Anil Kapoor, is interviewed with Alia Bhatt, Anushka Sharma, Vidya Balan and Radhika Apte - together, they have delivered the most acclaimed female performances from the Hindi film industry this year.
As the conversation turns to sexual assault, Vidya Balan responds to Sonam by saying, "It's not her fault and that is the biggest thing a victim deals with." Anushka Sharma recounts how, as a child, she would often be asked by her mother if she had been touched inappropriately. "I thought there was something wrong with my mother because obviously I had no idea what she was asking then," Anushka says.
"I have started questioning morality," says Radhika Apte. Some months ago, intimate scenes from her film Parched were illegally released online. "We live in a bubble. Our reality is not reality," says Alia Bhatt. It's not clear if she is responding to Sonam's statement.
Video: "Was Molested When Younger," Says Sonam Kapoor

Two years ago, actress Kalki Koechlin went public abot being sexually abused as a child. "For me, it's not a one day headline, it's something that's a reality I have lived with for a long time. Many of us have gone through it and most of the people that I know, especially close friends of mine who are women, have gone through some form of CSA (child sexual abuse). It's just so out there, so much of it that I think it's not something that should be ignored," Kalki told NDTV in a 2014 interview.
The round table that Sonam and others are part of celebrates this year's best female film performances. Sonam Kapoor delivered her first critically acclaimed hit in Neerja, playing slain air stewardess Neerja Bhanot. Alia Bhatt has already won an award for Udta Punjab and was singled out for praise in her other films, Kapoor And Sons and Dear Zindagi. Anushka Sharma appeared in Sultan and Ae Dil Hai Mushkil, Vidya Balan in Kahaani 2, and Radika Apte in the aforementioned Parched and also Rajinikanth's Kabali.