Sonam Kapoor to Anushka Sharma: You're Successful, People Are 'J' 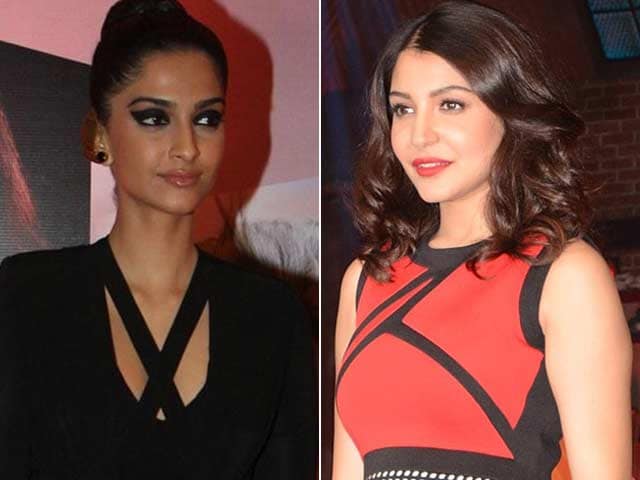 Sonam, who took on the bodyshamers in a hard-hitting tweet, found a staunch ally in Anushka. "Strong women lift each other up," chimed in Priyanka Chopra from the sets of American show Quantico

Anushka Sharma, who plays a wrestler in her upcoming film Sultan, just delivered a power-packed punch to bodyshamers on behalf of her colleague Sonam Kapoor. Actress Priyanka Chopra, who famously played boxer Mary Kom in the 2014 biopic, also chimed in by reaching out to Anushka through an Instagram post which said 'Strong women lift each other up.'
Sonam, who took on the bodyshamers in a hard-hitting tweet on March 9, found a staunch ally in Anushka.

The conversation extended with Sonam telling Anushka that people were 'jealous' of her since she was 'self-respecting, intelligent, successful and beautiful.'


@AnushkaSharma people are just J of you! Coz you're a self respecting intelligent successful beautiful woman!!!

From the sets of her American show Quantico, Priyanka Chopra also threw her weight firmly behind the NH10 actress:

Several actresses including Sonakshi Sinha and Parineeti Chopra have previously hit back after being fat-shamed or body-shamed. The star-kids who have chimed in include Sridevi and Pooja Bedi's daughters who have posted lengthy responses to disrespectful comments about their appearance.