Sonam Kapoor's Double-Speak: She Says This, But Really Means That 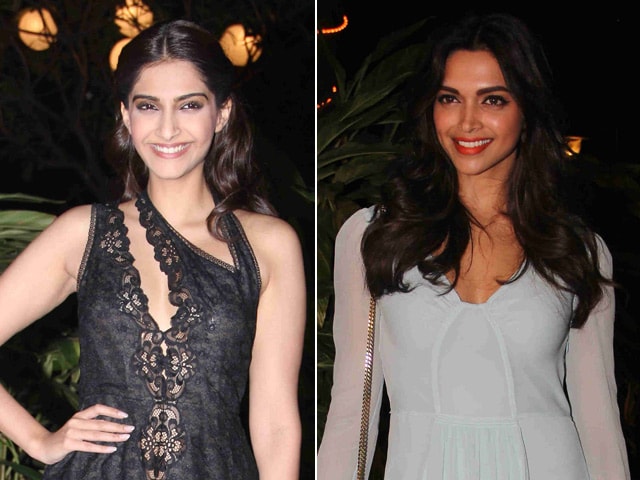 Soon after Deepika announced she would dedicate 2015 to raising awareness for mental health, Sonam was quoted saying, "I will not publicise that I will start doing social service this year!"

Actress Sonam Kapoor's debut on TV chat show Koffee With Karan way back in 2010 may have been all froth and fun as she giggled and gossiped with Deepika Padukone. Anyone would be forgiven for thinking that a firm friendship was in the making between Sonam and Deepika. But clearly more bitterness was brewing than bonhomie. Cut to a subsequent episode of Koffee With Karan and Sonam's double talk had us doing a double take. When asked by host Karan Johar what Deepika has that she doesn't, pat came Sonam's reply, " An over enthusiastic PR team." Sonam also criticised Deepika's style or lack of it, saying Deepika had no personal sense of style.

It seems Sonam isn't done just as yet. Post Deepika's announcement that she would dedicate 2015 to raising awareness for mental health, Sonam was quoted by Pinkvilla as saying, "I don't want to do shady things. I will not publicize that I will start doing social service this year! I have been doing social service since I was seven. So I won't blow my trumpet saying this year is going to be my year of doing social service. I find it classless and I think it lacks integrity."

But we suggest that Deepika not take Sonam's seemingly out of nowhere about turn too much to heart. Unfortunately, Sonam isn't one who seems to stick to her character assessments, good or bad, especially when it comes to female colleagues. Sonam may sing Katrina Kaif's praises now, even tweeting that she has a girl crush on the Bang Bang actress quite recently, but these gushing remarks are quite a far cry from this rather snarky statement back in 2012 when Sonam said, "I would like to give Katrina a bouquet of flowers. You need a certain kind of commitment and a certain kind of shamelessness to do certain things. You get that may be with stardom or with confidence in your talent or with who you are as a person. I need to develop that before I do films like that."

But to be fair, it's not just Sonam who seems to have a penchant for being a frenemy. Leading ladies may want to project that they are totally comfortable with the competition but it's perhaps these over-eager attempts to poke holes at the 'actresses can't be friends' theory that sets our radars off. Though it clearly didn't work for Deepika and not just with Sonam - Deepika eagerly claimed Anushka Sharma as a friend to Karan over Koffee, naivete which Karan clearly found funny and false.

There may not be much love lost between Anushka and Deepika, but Anushka has been making sure of late that even years after Jab Tak Hai Jaan, everyone knows Katrina is still her favourite co-star. What's interesting, however, other than oft-changed friend-to-foe and vice versa status, is what any of these leading ladies hope to achieve through their compliments or criticism. After all, in Bollywood, ultimately the only one you're in competition with is yourself - and that's the toughest competition there is.