Sonam Kapoor and Anand Ahuja, who have reportedly been dating for almost two years, posed for a picture with Will Smith at Akshay's party 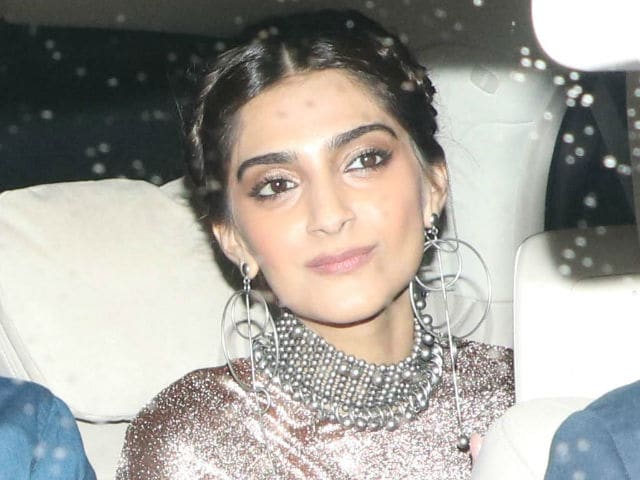 Actress Sonam Kapoor, who is very guarded about her private life, has so far avoided being photographed with businessman Anand Ahuja who she is reportedly dating. But a picture of them together at Akshay Kumar's party for Will Smith on Sunday has now popped up on Instagram.
This picture was shared on Anand Ahuja's (unverified) Instagram account:


You damn right it's limited! #FreshPriceTuesdays with the real Fresh Prince! #latergram #damnrightitslimited

According to a Mumbai Mirror report, sources close to Sonam, 31, say that she is been 'in love' with Anand Ahuja for almost two years. The report also states that Anand's family has an apparel business and he has launched his own label - Bhane, a brand which Sonam, incidentally, swears by.
Sample these:

Sonam Kapoor's upcoming film is Veere Di Wedding, which is produced by her sister Rhea Kapoor. The film also stars Kareena Kapoor Khan, Swara Bhaskar and Shikha Talsania.
Shashanka Ghosh, who has directed Sonam in Aisha, will helm the film.