Soni Razdan, who will be making her comeback on television with Love Ka Intezar, said that no relationship will affect Alia Bhatt's passion for acting 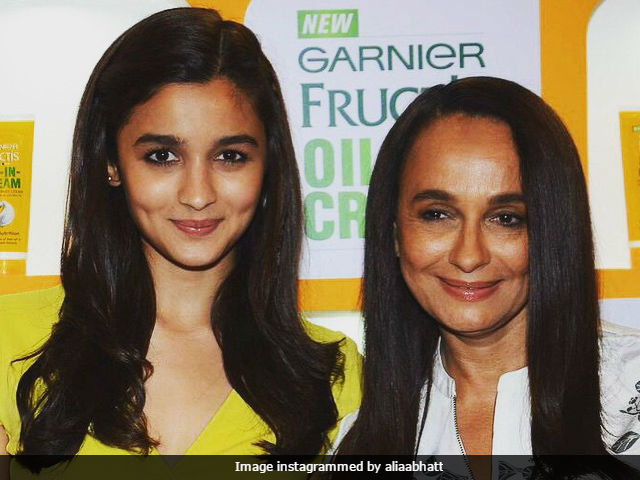 Actress Alia Bhatt has been rumoured to be dating Sidharth Malhotra ever since they made their Bollywood debut with 2012 movie Student Of The Year. Speaking to news agency PTI, the 24-year-old actress' mother, Soni Razdan said that rumours about Alia Bhatt dating the Hasee Toh Phasee actor don't bother her and that no relationship will affect the 2 States actress' passion for acting. "Why should it (link-up) take away from her work? Why should any friendship take away from her hard work. Nobody is saying she is wasting her time with Sidharth and coming late on the sets or going early," PTI quoted Soni Razdan as saying.
"She loves her work, she is a confident and hard working girl. She is a young, normal girl. When she is free, it is her choice how she spends her time. Who she goes out with is her prerogative. Why can't she have a nice social life?," the 60-year-old actress added.
Soni Razdan, who will be making her comeback on television with Love Ka Intezar next month, said that marriage is not on the cards for Alia Bhatt at the moment. "Alia has been very busy with her work. The last thing we will be talking at this point in her career will be aboutmarriage. I am sure she has got no such idea in her head. It is very far from the topic of conversation. It is a topic you talk about when it is time," Soni Razdan told PTI.
Alia Bhatt was last seen in Shashank Khaitan's Badrinath Ki Dulhania, co-starring Varun Dhawan. She will soon begin shooting for Ayan Mukerji's Dragon along with Ranbir Kapoor. Alia Bhatt is also committed to working with filmmaker Zoya Akhtar on her next project, titled Gully Boy.
Sidharth Malhotra was last seen in 2016 movie Baar Baar Dekho, co-starring Katrina Kaif. He will next be seen in Reloaded opposite Jacqueline Fernandez. His other upcoming projects are - Ittefaq and Aiyaary.
(With PTI inputs)