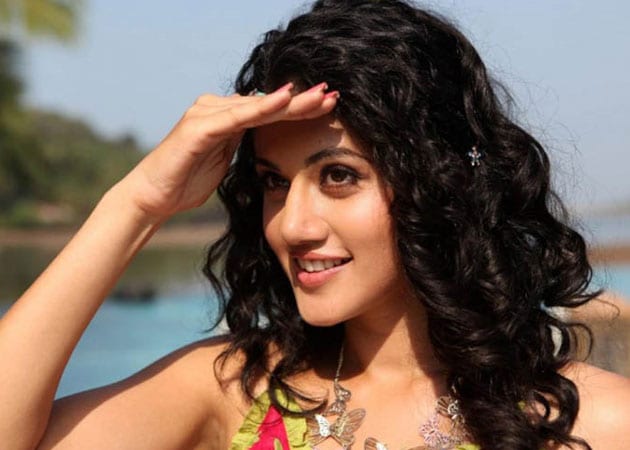 Taapsee makes her debut in Bollywood with Chashme Baddoor

South actress Taapsee, who is making her B-Town debut in David Dhawan's Chashme Baddoor, is actually a Sikh from New Delhi.

South actress Taapsee, who is making her B-Town debut in David Dhawan's Chashme Baddoor, is actually a Sikhni from New Delhi. Everyone feels she is from Chennai or some other Southern city as she has done Tamil, Telugu and Malayalam films. Her name too makes her sound from the South.
While shooting for the film with co-star Rishi Kapoor, Taapsee was really excited to meet the veteran actor. Says a unit source, "She landed on the sets earlier just to meet him before the cameras rolled. Davidji introduced her to Rishiji and then began talking in Punjabi to her. Rishiji looked puzzled and then Davidji laughed out loud. He told him she was a Sikhni from the South! Rishiji found her name to be unusual to which she replied that it was her aunt who had kept it. From then onwards they hit if well and every on the sets started calling her Sikhni from the South."
Says Taapsee, "As Rishi uncle is a Punjabi, David uncle introduced me as a Sikhni from the South. Whoever David uncle meets he will always introduces me in this manner."
Incidentally, Taapsee worked as a software professional and also pursued a career in modelling before becoming an actress. She made her acting debut in 2010 with a Telugu flick followed by Tamil and Malayalam films.