Southern remake of Special 26 on the cards 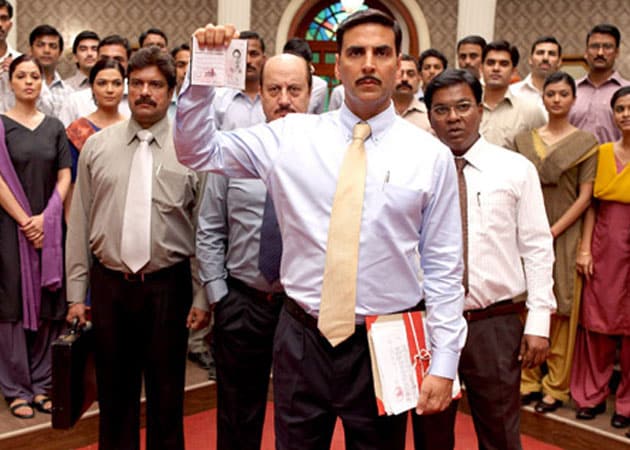 Special 26, based on a real life incident, sees Akshay Kumar as a conman

Filmmaker Neeraj Pandey-directed Special 26, has garnered a positive response and is likely to be remade down South.

Filmmaker Neeraj Pandey-directed Special 26, which has garnered a positive response and is likely to be remade down South.
"Yes, I have received many calls since Friday. Many people from South have approached me asking for the remake rights," Pandey, who had earlier won accolades for helming A Wednesday, told IANS.
He was speaking on the sidelines of a Special 26 event. Released last week, the film is doing well. However, the decision about remake rights won't be taken by Pandey, he said and added: "I don't know what is the status about it. People at the upper level will take the decision."
His A Wednesday has been remade in Tamil as Unnaipol Oruvan and Telugu as Eeenadu. Special 26, based on a real life incident, sees Akshay Kumar as a conman and he clarifies he was not experimenting. "My intention was not to experiment with different films. I really liked the subject. This is one of the best films among my films. When I was just coming here to meet you all, I met Mithun Chakrobarty and he said he really liked the film and wants to remake it in Bengali."
The film also featured Anupam Kher and Manoj Bajpayee, among others.