But they were not Alone, actor Ayaz Khan accompanied the couple, who married in April this year 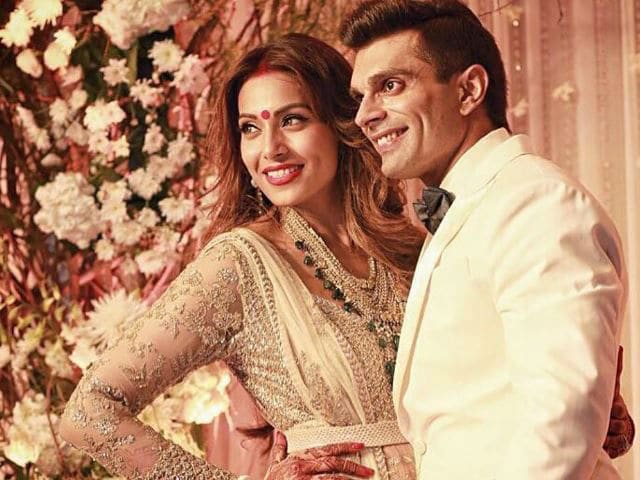 This image was posted on Instagram by Bipasha Basu

Actor couple Bipasha Basu and Karan Singh Grover recently went for a dinner outing in Mumbai and Bipasha shared pictures on Instagram.
Bipasha looked chic in a printed shirt dress while Karan was semi-casually dressed in shirt and trousers:

But they were not Alone, actor Ayaz Khan accompanied the couple, who married in April this year. And they trio was missing another friend:

Bipasha and Karan met while filming 2014's Alone and have been dating ever since. They married in a private ceremony on April 30 in Mumbai, which was followed by a star-studded reception which was attended by Salman Khan, the Bachchans and Shah Rukh Khan.
Karan, who was last seen in Hate Story 3, was married to actress Shraddha Nigam from 2008-2009 and Jennifer Winget from 2012-2016. This is Bipasha's first marriage.