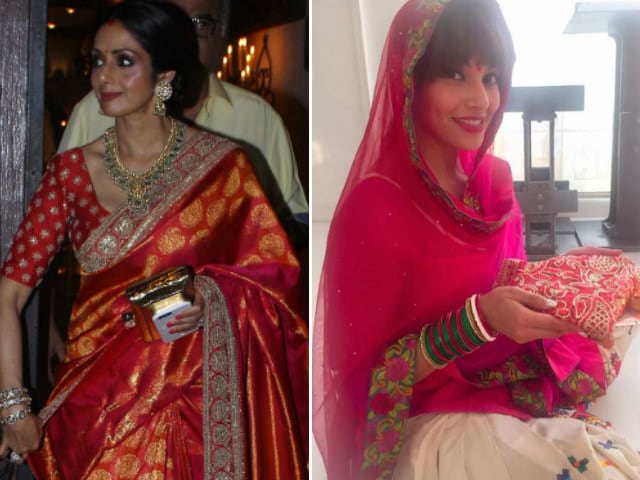 Bollywood stars were in a festive mood as they celebrated Karva Chauth on Wednesday in Mumbai with a grand party and puja at Anil Kapoor's residence. The Kapoors' guest list included actresses like Raveena Tandon, Padmini Kolhapuri and Neelam Kothari Soni.
Anil's wife Sunita Kapoor Instagrammed a picture from inside the celebrations on Wednesday - headlined by Sridevi:

Sridevi was resplendent in a red and orange-tinged saree which she teamed with traditional jewellery and a red bindi. Ahead of the party, she was photographed with her husband, filmmaker Boney Kapoor. 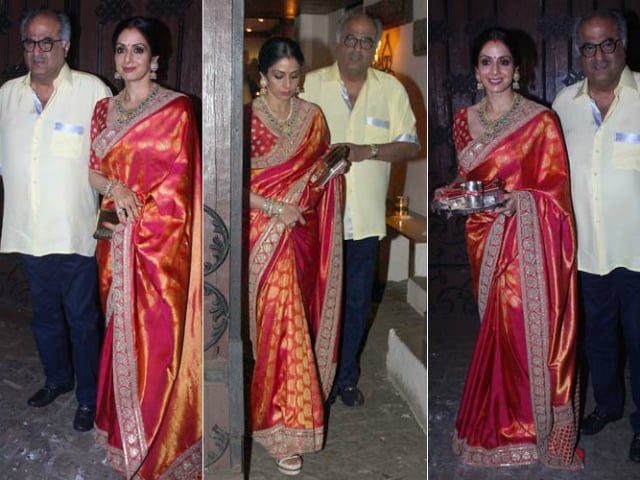 Anil's brother Sanjay Kapoor picked up the channi as his prop while his wife Maheep walked in with the thali. Sunita Kapoor opted for a pink and yellow ensemble. Her friend Reema Jain arrived with her husband Manoj. 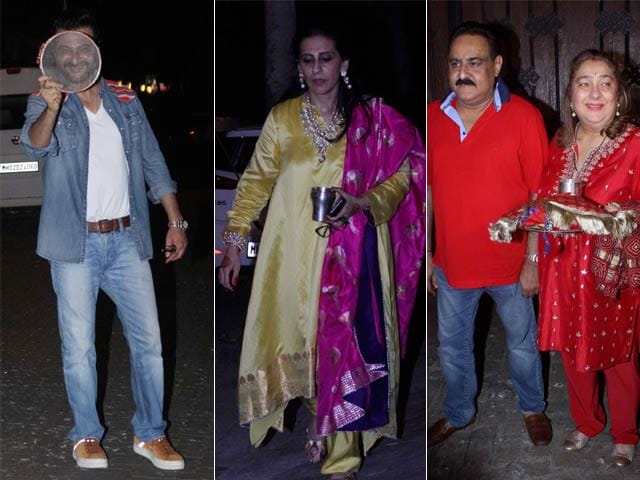 Anil was busy entertaining guests - Shabana Azmi and Javed Akhtar. Chunky Pandey and his wife Bhavna were also part of the guest list and so was Anupam Kher. 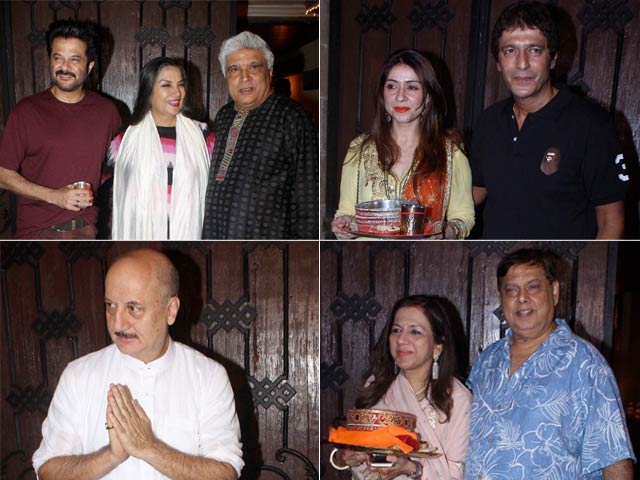 Dedicated loving wives! We got lucky sid! Thank you both so much for your love and everything you do for us from the time you wake up in the morning till you go to sleep at night. Each and every day. Thank you @mamtaanand10 for all the roles you play in our lives. God bless you both. Love and Respect Karan and Sid

Hungry Me= Crazy Me


Really melted by your wishes for my long life. Don't forget to pray for timeless togetherness. And yes, here's what I'm going to do, I'll keep praying that the moon shines on us sooner than scheduled at least for today #HappyKarvachauth @divyankatripathidahiya