Sridevi And Daughter Jhanvi Own The Ethnic Look. Can't Get Over This Pic 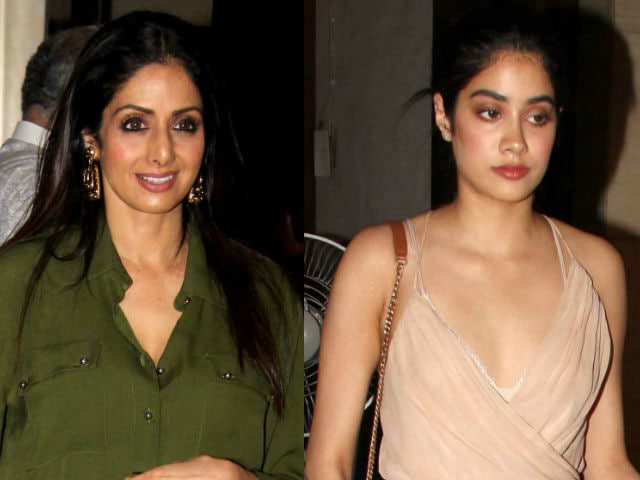 Sridevi and Jhanvi photographed in Mumbai.

Manish Malhotra just made our day.
The ace designer instagrammed a picture of actress Sridevi and her daughter Jhanvi dressed in his couture and we have just one word to describe it - WOW. Sridevi, 53, wore a white handcrafted gown while Jhanvi, 19, wore a gorgeous silk lehenga with an off-shoulder shimmer top with a choker and box clutch as accessories.

Sridevi and Jhanvi make for fantabulous pictures, don't they?
Sridevi, star of films like Chaalbaaz, Chandni and