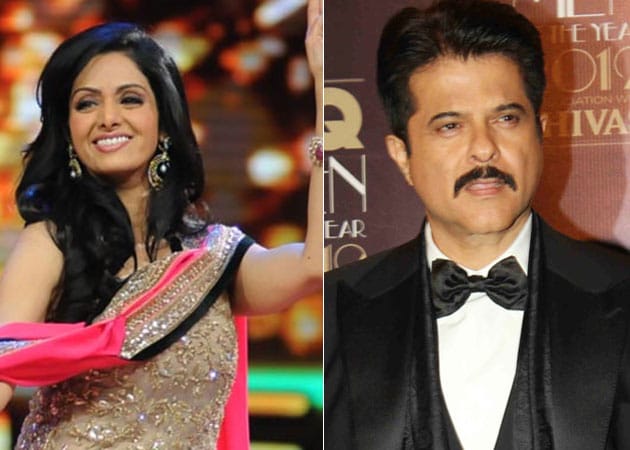 After an out-of-the box comeback with English Vinglish, Sridevi is ready to revisit her classics.

After an out-of-the box comeback with English Vinglish, Sridevi is ready to revisit her classics. In a characteristically unpredictable move, the actress seems to be keen to hit the rewind button and will feature in the Mr India sequel, her husband Boney Kapoor's project.
Producer Boney Kapoor revealed, "Of course she will be a part of Mr India 2 along with Anil. We are yet to finalise the script but work is in progress."
After her dazzling comeback, it seems that both actors and filmmakers seem keen to go back in time with Sridevi, Kamal Haasan being one of them. Mr Haasan has plans to recreate the Sadma magic and said, "Yes, I want to work with Sridevi. I'm writing a script for her, so that both of us can act in the film."
Meanwhile, there has also been talk of a sequel to English Vinglish. Sridevi seemed thrilled with the thought and had said, "A sequel to English Vinglish is a very good idea. I must talk to Gauri about it." It appears the past may be inspiring Sridevi a whole lot more than the future at the moment and with a past as glorious as hers, who can blame her.
Watch video: