Sridevi Says Daughters Jhanvi And Khushi Are Her 'Top Priority'

Sridevi and her daughters Jhanvi, 19 and Khushi, 16, are quite a sensation on the social media and the spotlight follows them everywhere 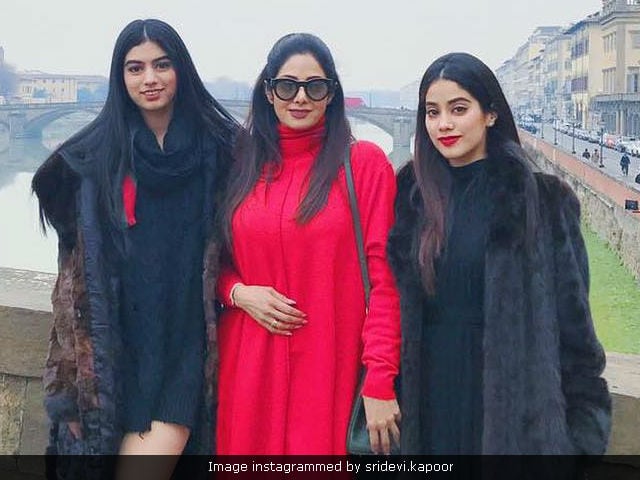 Sridevi with her daughters Jhanvi and Khushi in Hyderabad. (Image courtesy: sridevi.kapoor)

Bollywood actress Sridevi says that her daughters Jhanvi and Khushi are her priority and that being a mother to her teenaged daughters comes before everything else. Sridevi, who made a comeback to the silver screen after a gap of 12 years in 2012 film English Vinglish, told news agency IANS: "Nothing is more important than your children." Sridevi and her daughters Jhanvi, 19 and Khushi, 16, are quite a sensation on social media thanks to their frequent fashionista-like posts. Sridevi's daughters' appearances are most-awaited and the spotlight follows them everywhere. Recently, the trio was at a wedding in Hyderabad and Twitter went crazy tracking their updates.
"Before I became a mother, I remembered how my mother used to talk or behave. She is always at the back of my mind. After you become a mother, the instinct comes naturally. You don't have to learn motherhood," Sridevi told news agency IANS.