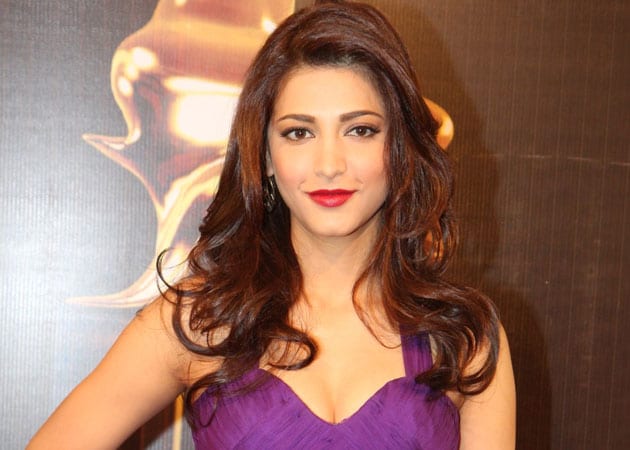 Actress Shruti Haasan on Monday rubbished her alleged stalker Ashok Shankar Trimukhe's claim that he visited her residence in Bandra to seek a job for his brother.

Actress Shruti Haasan on Monday rubbished her alleged stalker Ashok Shankar Trimukhe's claim that he visited her residence in Bandra to seek a job for his brother. The accused, who was identified as a spot boy in Film City, was arrested on Saturday for stalking and trespassing at the actress' house.
The 27-year-old, daughter of veteran actors Kamal Haasan and Sarika, filed an FIR against the stalker after he tried to barge inside her house when she answered the doorbell on the morning of November 19 - only to find a man trying to force his way inside. She managed to slam the door shut. The police subsequently recovered CCTV footage of the incident and identified the stalker who reportedly claimed that he didn't intend to scare her and said he had gone to her residence to seek a job for his brother, but before he could say anything, the actor got scared and banged the door.
Shruti Haasan has, however, denied the claim of the accused. "In all the time this man was on the set, he never approached me or my staff for a job. If he had approached us for a job we would have dealt with it appropriately," she said in a statement.
"But as a single woman living alone in Mumbai, I take serious offence to someone coming to my house and trying to barge through my door. I trust the Mumbai police will know best how to deal with such an act," she added.
The accused has been booked under IPC sections 354 (assault or criminal force to woman with intent to outrage her modesty), 452 (house-trespass alter preparation for hurt, assault or wrongful restraint) and 345 (wrongful confinement).
-With IANS inputs