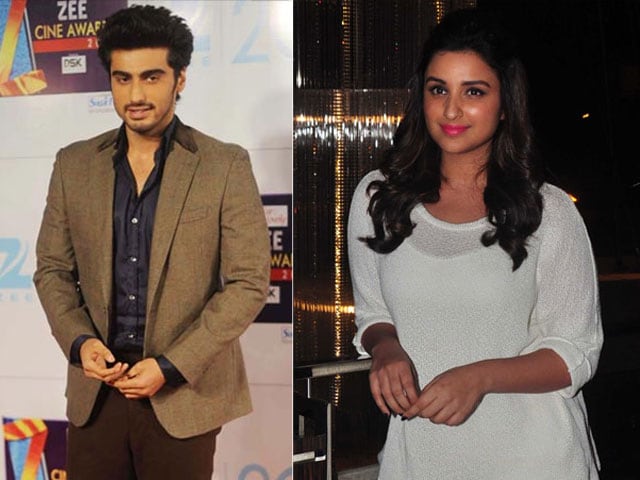 Perhaps no one will understand Arjun's need for a short sabbatical better than his Ishaqzaade co-star, Parineeti

What do you do when your movie career has hit road bump after road bump? Well, you hit the road, putting the brakes on any dubious decisions for a while. He found Fanny in Goa, and now Arjun Kapoor has reportedly returned to Goa to find himself. After Tevar's less than impressive run hit home in more ways than one and the AIB Roast controversy, it seems that Arjun felt the need to introspect. The actor reportedly hopped on a bike, diconnected his phone and headed to Goa to clear his head.

Perhaps no one will understand Arjun's need for a short sabbatical better than his Ishaqzaade co-star, Parineeti Chopra. But while in Arjun's case it seems that the sabbatical was self-imposed, in Parineeti's case it seems that it was rather strongly suggested by Yash Raj boss Aditya Chopra. Apparently, Parineeti has been advised to take some time off by her mentor to focus on making better film choices.

We wonder if Parineeti's Daawat-e-Ishq co-star Aditya Roy Kapur will also have to pencil in some time for introspection post Fitoor which, let's face it, we don't have great expectations from. But on the plus side he's already got the bike, so a quick getaway should be easy.

While most have nothing but a career headed nowhere as a reason to go off the beaten track, for others, family serves as a noble excuse. Imran Khan may be back on track now but for a while paternity leave provided a cover. His Once Upon Ay Time in Mumbai Dobaara! co-star Sonakshi Sinha also took some time off recently but is back, it seems, to do more of the same as she starts work on her next with AR Murgadoss.

Having said that, we admire the courage it takes to consciously maintain a low profile in Bollywood, but hey, sometimes when you can't catch a break its better to just take one.