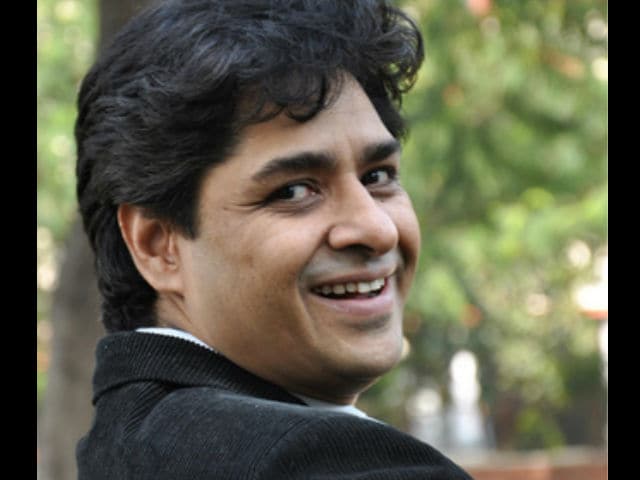 This image was posted on Twitter by Suhaib Ilyasi

"We never discussed anything related to this project with anyone because we know that the concept of Ghar Wapsi can bring in lot of controversies in the minds of many people. We don't want to create any controversy," said Suhaib Ilyasi, best remembered as the host of crime series India's Most Wanted

The intent of making a film titled Ghar Wapsi - reminiscent of the religious conversion activities that raked up debates in 2014 - and to rope in Pakistani singer Ghulam Ali to act in it is not to create any controversy, says the film's director and producer Suhaib Ilyasi.
Mr Ilyasi, best remembered as the host of the once popular crime series India's Most Wanted, did not reveal the film's plot, but its title gives the impression that the movie delves into 'ghar wapsi', which was organised by Indian Hindu organisations Vishva Hindu Parishad and Rashtriya Swayamsevak Sangh to bring back non-Hindus to Hinduism.
He said that work on the script of Ghar Wapsi has been going on "silently" for several months.
"We never discussed anything related to this project with anyone because we know that the concept of Ghar Wapsi can bring in lot of controversies in the minds of many people. We don't want to create any controversy," he told IANS. (Also Read: Ghulam Ali to Make Acting Debut With Feature Film Ghar Wapsi)
"I'm sure that once the film is out, the definition of 'ghar wapsi' will change in the minds of many people," he said.
With the film, Mr Ilyasi has pulled off a stunt one would have never thought possible, especially after Ghulam Ali's concert was cancelled in Mumbai following threats from the Shiv Sena in October last year. The globally popular singing exponent has not only sung and composed an Indian patriotic song in the movie, but has also faced the camera as an actor for the first time.
In fact, the 75-year-old will launch the film's music on January 29 in Mumbai.
The director is "sure that the presence of Ghulam Ali in the film will bring a lot of positivity in the minds of many people. He possesses a very positive individuality and continues to rule the hearts and minds of fans."
For the event in Mumbai, Mr Ilyasi has ensured proper security for Ghulam Ali, and he hopes there are no disruptive elements.
"I have been assured that nothing will happen. I'm sure that everything will be alright. I feel that lot of positivity will spread across Mumbai post this event," said Ilyasi, adding, "As far as I know, the prime ministers of both India and Pakistan are big fans of Ghulam Ali."
Ghar Wapsi also stars Alok Nath, Farida Jalal, Reema Lagoo, Deepak Tijori and Zarina Wahab, and includes the work of singers like Sunidhi Chauhan, Sonu Nigam and Shaan apart from Ghulam Ali.