There were reports that trailer of Ajay Devgn's Shivaay and teaser of Aditya's Befikre, which he directs, will come out with Sultan 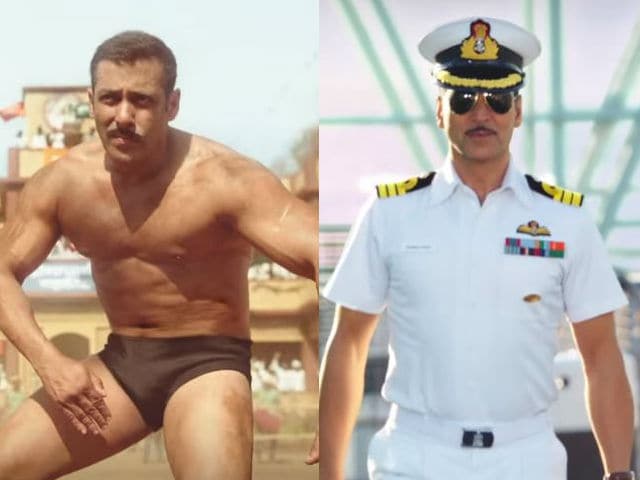 Stills from Sultan and Rustom

The trailer of actor Akshay Kumar starrer Rustom will be attached with Salman Khan's Sultan in cinema houses.
"The trailer was launched online today but in theatres it will release with Sultan. We have tied up with cinema houses for this," Girish Johar of Zee Studios, film's producer, told PTI.
There were speculations that Aditya Chopra, the producer of Sultan, had issues with trailer of Rustom being screened with Sultan.
On this, Mr Johar clarified that there were no talks between the makers of the Akshay Kumar-film and Aditya.
Rustom is inspired by the real life story of a Naval Officer Rustom Pavri (Kumar), his marriage with English-born wife (Ileana D'Cruz), the discovery of her affair with a family friend and the subsequent shooting of the lover.
Directed by Tinu Suresh Desai, Rustom is set to release on August 12.
Meanwhile, there were reports that trailer of Ajay Devgn's Shivaay and teaser of Aditya's Befikre, which he directs, will come out with Sultan.
"The trailer of Shivaay is not coming up with Sultan. It (trailer) will be released in August. Teaser of Befikre is also not coming with Sultan," sources said.
Shivaay is an action thriller film, directed and produced by Ajay Devgn, in which he also stars. Sayyeshaa Saigal also has a lead role in Shivaay, which is schedule to release this Diwali.
(Except for the headline, this story has not been edited by NDTV staff and is published from a syndicated feed.)