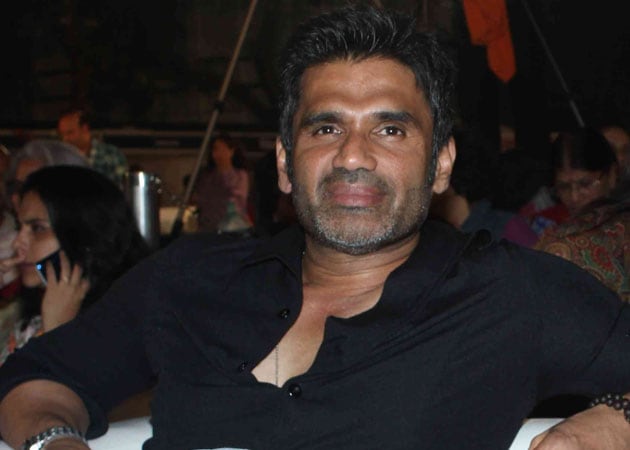 Suniel Shetty was last seen in the movie Son Of Sardaar

Actor Suniel Shetty rues how the entire Hindi film fraternity has come under the scanner following actor Vindu Dara Singh's alleged involvement in the Indian Premier League (IPL) spot fixing scandal. Suniel asserts Vindu alone doesn't represent the industry.
"It doesn't mean that entire Bollywood is like this. He (Vindu) doesn't represent Bollywood. One individual never represents an industry," Suniel said here at the unveiling of ICC Champion's Trophy 2013 Cup Friday. He was at the event with cricket commentator Harsha Bhogle.
"For me, Bollywood is me, Bollywood is Ajay (Devgn), Bollywood is Aamir (Khan). It's not just one individual. If he is wrong, hang him, but not till he is proven guilty," added Suniel, a sports lover.
Vindu's police custody has been extended till Monday. He was last seen in Ajay Devgn starrer Son of Sardaar.