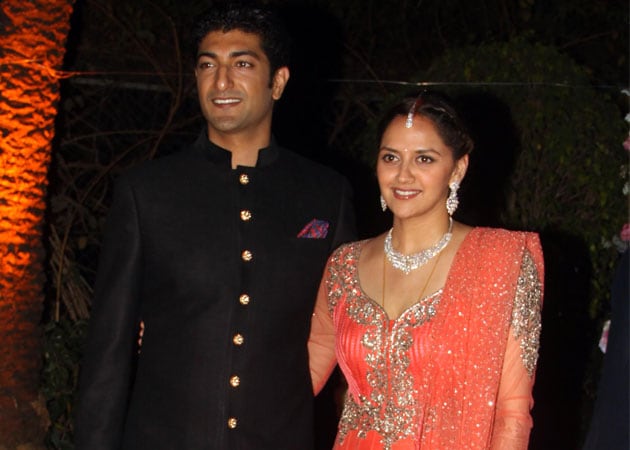 Ahana Deol, second daughter of actors Hema Malini and Dharmendra, married businessman Vaibhav Vora in Mumbai in a big fat Bollywood wedding on February 2. Two familiar faces were missing from among the celebrity guests who came dressed in their best - the bride's elder half-brothers Sunny and Bobby Deol.
Their's was an expected absence, however, and was not remarked on as it was in 2012 when both skipped Ahana's elder sister Esha's wedding, raising eyebrows. A source told news agency IANS ahead of the wedding: "Neither Dharamji nor Hemaji would want to hurt Prakashji (Sunny and Bobby's mother). The family has decided it's better if Sunny and Bobby stay away."
Deol patriarch Dharmendra's private life has been distinctly unorthodox ever since he married Sholay co-star Hema Malini in 1980. At the time, Dharmendra was already married to Prakash Deol and their sons, Sunny and Bobby, were over 20 and a pre-teen respectively.
Dharmendra, who converted to Islam to marry Hema, never divorced his first wife and has maintained two separate families ever since.
Sunny and Bobby's absence was more than made up for by a large contingent of VIP guests including the Bachchans, Shah Rukh Khan, Deepika Padukone and Ranveer Singh.