Sunny Deol: Challenge lies in bringing out the truth 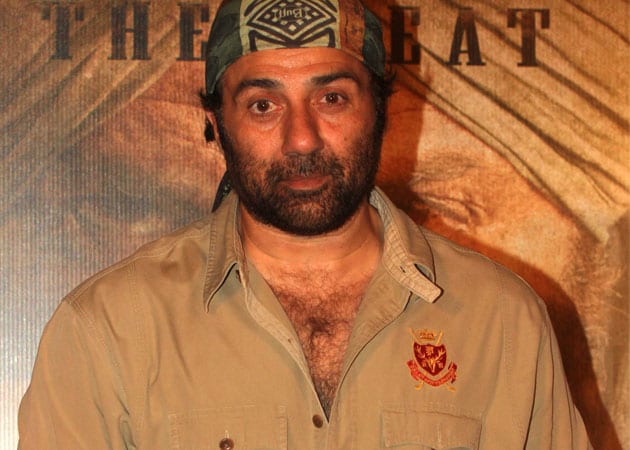 Sunny Deol will be seen next in Singh Saab The Great.

Actor Sunny Deol, who is back in action with his upcoming film Singh Saab The Great, says India needs honest bureaucrats who are willing to fight for truth and bring it out in the open.

Actor Sunny Deol, who is back in action with his upcoming film Singh Saab The Great, says India needs honest bureaucrats who are willing to fight for truth and bring it out in the open.
Sunny and director Anil Sharma have earlier teamed up for Gadar: Ek Prem Katha, The Hero: Love Story of a Spy and Apne.
"We have worked very hard for this film. This is a dear film for us. I hope the audience like it," Sunny said at the launch of its first look.
In Singh Saab The Great, Sunny plays the role of a collector.
"I haven't done a film where I am playing a strong character, he is a honest collector. I think India requires that kind of persons. Why is he fighting and doing all this will be known after you see the film," he said.
"Those who speak truth in today's time.. No one listens to them. For them the difficulty is to bring out the truth. Today, India is filled with goons. Money is the main thing..," he said.
From powerful dialogues to typical Sunny-style punches, the action packed film presents the 56-year-old actor in what he does best, flaunt his muscle-power.
Sunny says, he never thought his famous dialogue 'Dhai kilo ka haath' would achieve such cult status. However he admits that he does feel happy about it, as it only means his work has been liked by people.
He is full of praise for his director-friend Sharma, and says he has an understanding of cinema. He is passionate about films and even after the pack up thinks about his craft only.
Meanwhile, actress Amrita Rao, who plays the role of a journalist in the film, seems quite excited about teaming up with Sunny and Sharma.
"I am playing a news reporter.. I did not have to take tips. Anil Sharma had crafted it meticulously, he wanted an eastern UP accent. He gave me workshop as well. It was wonderful living the role of a journalist. It gave me a kick to be on the other side. Now, I will show the media how to romance," she said.