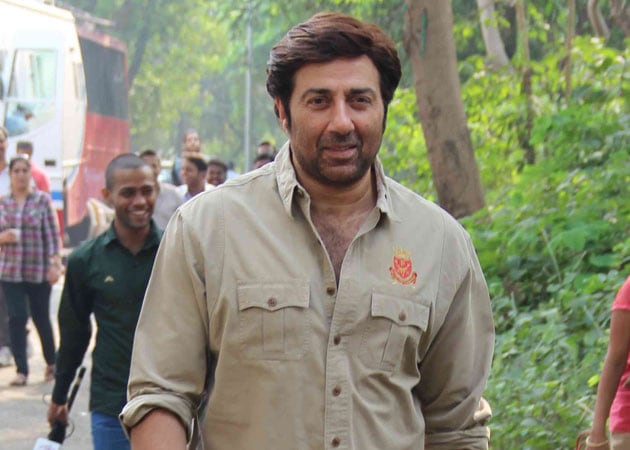 Sunny's movie Singh Saab The Great is set for release

Bollywood veteran Sunny Deol, who has been in the industry for three decades, says filmdom is going through a strange phase as content has taken a backseat.

Bollywood veteran Sunny Deol, who has been in the industry for three decades, says filmdom is going through a strange phase as content has taken a backseat and marketing has become dominant.
"Earlier films had content, but these days films lack content. At times people say they didn't like a film, but that film ends up making money. Bahut hi ajeeb daur chal raha hai (It's a very strange phase for the industry)," Sunny, known for films like Ghayal and Damini, told IANS.
The 57-year-old actor-filmmaker feels that publicity is key to success.
"This is the reality. If you don't talk about your film, you will not get to know about it."
His next release is Singh Saab The Great and he has decided to promote the film and also enjoy the process.
The best part is that the film itself inspired him to change and he added: "Change is basically inspired by the tagline of the film - badla nahi badlaav - you have to change yourself.
"So, I thought why not bring a change in myself first. In today's time, it is important to reach out to the audience. So we have to do promotions. So, why not enjoy the whole process? I thought, let's have fun. I have learned over the years that if it is important, go ahead with it," he said.
Sunny, however, says that if his film is not up to the mark, he doesn't want it to be successful.
"I am the kind of person who wants honesty. If my film is bad, I don't want it to be successful. But if it were good then I'd definitely want it to be successful. That's the way I am.
"At the moment I desperately want a film of mine to be successful. If this film is successful, then I have some lovely things lined up, which I want to do."
Meanwhile, he feels that the audiences should judge a film after watching it themselves.
"Loads of money and time are spent on a film and we wait for that one Friday and then we have some critics who criticize it, others praise it. Millions and millions of people follow critics, which is so stupid. I have never gone to see a film because a critic praised it. I always watch a film because I liked the trailer."
Sunny, who will soon make his small screen debut as the host of reality-based crime show Savdhaan India, praises the medium.
He said: "The television industry is doing really well. It's doing wonders."