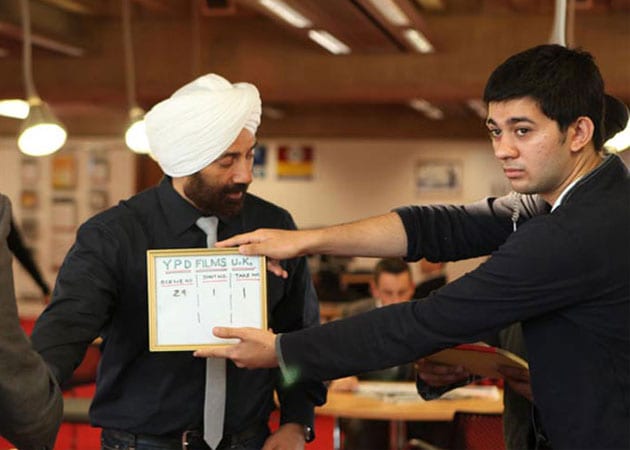 It was not his son Karan, but brother Bobby who was pampered rotten by Sunny Deol on the sets of their film Yaamla Pagla Deewana 2.

It was not his son Rocky, but brother Bobby who was pampered rotten by Sunny Deol on the sets of their film Yaamla Pagla Deewana 2.
The three generations of Deols are working together in Sangeeth Sivan's upcoming comic caper. The film stars Dharmendra, Sunny Deol and Bobby Deol. Sunny's son Karan has assisted Sivan in the film.
Talking about the Deols, Sangeeth says, "Bobby does not like to wake up early, even if he comes he will not be in a great mood. I always had to keep that in mind before planning the scenes. Once we had to shoot in a tunnel at 4 am and get the perfect frame.We all knew that it was not possible for Bobby to even open his eyes at 4am. Then finally we decided to start our shoot with Sunny who is quite particular about time."
Incidentally, Dharmendra followed Sunny soon after. Bobby was called in only at 10.30 am However, Sunny was bit upset and told us how we are spoiling his young brother who is already spoilt by entire family.
But the truth is, it is Sunny who loves indulging the younger brother and is sometimes overheard asking him if he's eaten properly."
It is Sunny's son Karan who gets the rough treatment. Sangeeth says, "Rocky worked hard and would even work as the clapper boy for the film. Even though his granddad Dharamji is very fond of him, he would chide him if he so much as missed doing the claps even a second late. Rocky was a sincere assistant.
In fact. he was the one who introduced us to locals in London where we shot and helped me finding right people and right things. I have used a rap number in the film which we recorded in Rocky's voice. I was really very tempted to cast him in the film. But I thought it would be too much to ask for ,as he is going to begin his acting career later."