Sunny Deol: The top heroines turn me down 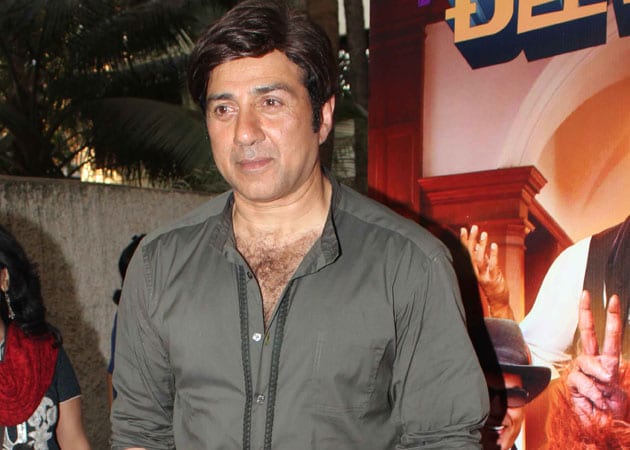 Sunny Deol is seen romancing a much younger Urvashi Rautela in Anil Sharma-directed Singh Saab The Great and he says he will continue to work with new talent as established actresses are not keen to work with him.

Sunny Deol is seen romancing a much younger Urvashi Rautela in Anil Sharma-directed Singh Saab The Great and he says he will continue to work with new talent as established actresses are not keen to work with him. He is also in no mood to mince words about the way the film industry functions nowadays.
"About time a film of mine was well-received. I am tired of the long non-happening phase. Unfortunately I haven't had too many releases recently. There are some of my films that are on hold. Hopefully, they'll be released soon. But let me add, I don't need to prove myself. I just need good cinema, the kind of cinema I believe in," said Sunny.
Sunny, 57, is seen romancing 19-year-old Urvashi Rautela in the film.
Why a co-star half his age?
"We are acting. We are not really husband and wife. If she's much younger, that's fine. A lot of wives are much younger than husbands. That's no secret. And by the way, I am sure Urvashi is not 19 either," said the actor who completes 30 years in filmdom after starting his journey with Betaab in 1983. On the way, he has given hits like Ghayal and Damini.
The actor, who worked with the likes of Dimple Kapadia and Meenakshi Sheshadri, says that the current lot of established actresses are not keen to work with him.
"I've had problems with established heroines. For reasons best known to them, they don't want to work with me. It's a fact. The top heroines turn me down whenever I ask them to work with me. They want to work with Shah Rukh Khan, Salman Khan and Hrithik Roshan. So it's fine," said Sunny.
"I search for new heroines, like Urvashi Rautela. These girls do not ration dates. While working on a film I don't have to deal with my heroine's tantrums when she's a newcomer. Now if you give an A-lister co-star I won't be able to work with her. Also, I get a chance to give new talent to the film industry. So yeah, I'll be seen with new co-stars in the future.
"There are lots of new talented and pretty girls in the industry. And trust me, these new girls won't look mismatched with me. I am open to adapting myself to the changes around me," he added.
Sunny plays a Sikh in Singh Saab The Great and this is said to be the sixth time he is playing a turbaned character on the screen.
Speaking of his affinity to Sardarji roles, he said: "I don't know how it happened. It started with JP Dutta's Border. These Sardarji roles offer me powerful characters. Singh Saab The Great may seem old-fashioned to some. I suggest they move out of Mumbai and look at the rest of the country. Har kahaani ka apna rang hota hai."
Lately Sunny featured on the small screen to promote his films.
"I've to confess, I enjoyed it," he said.
Regarding the disappointing box office outcome of his last film Yamla Pagla Deewana 2, Sunny says he had no idea how it would pan out.
"Forget what I thought about the film. It's what the audience thought that matters. They rejected the film, and that's that. It may have deserved to flop. But are you trying to tell me that only good deserving films do well? There are so many films that you feel are not working out well and they turn into hits," said Sunny.