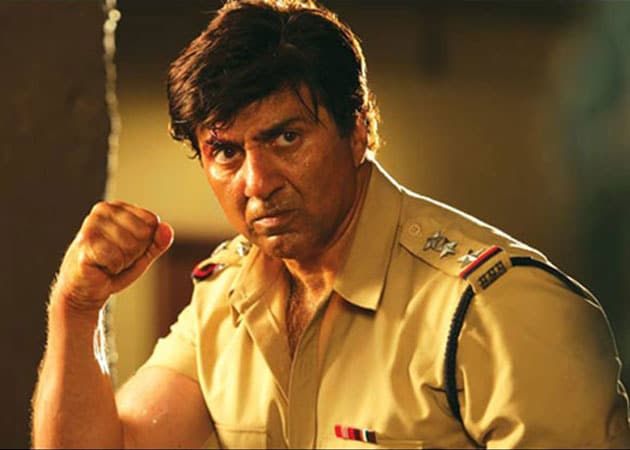 Sunny Deol will next be seen in I Love NY.

At a time when whatever a star does becomes a headline, actor Sunny Deol says 'Deols' don't like to sell themselves and would rather be known for their work.

At a time when whatever a star does becomes a headline, actor Sunny Deol says 'Deols' don't like to sell themselves and would rather be known for their work.
While many actors remain in limelight all the time, the Deol family keeps their personal life guarded.
"We like to have dignity and like to stick to what we are. We don't like to sell ourselves. Today people are not ashamed of revealing or talking about anything. May be that is the culture or trend of the society today but we will not do it ever," Sunny told PTI in an interview here.
"I should be known for my work and not how I promote myself and what I do. I don't want to be known for bad things in life ever. I should be known for my work. People should love me for my work. And if my work is not good they should kick me out," he said.
Sunny, 56, made his acting debut with Betaab (1983) opposite Amrita Singh. His performance in films like Arjun (1985), Ghayal (1990) and Ghatak(1996) gave him the action hero title.
The actor received national award twice for Ghayal and Damini and gave memorable performances in films like Darr, Border, Gadar, The Hero, Yamla Pagla Deewana and others.
"I think I had a great journey. I have seen quite a lot of things in life. I would not like to change anything. Because every moment of my life has taught me something. The last few years had been tough, everybody has tough times," Sunny said.
"I would say one must just keep working hard and not lose faith. You don't know when destiny is going to come your way, what opportunity comes your way," he said.
Sunny is going slow in his filmi career these days. His last release was Yamla Pagla Deewana in 2011.
Ask him what kept him away from films, the actor says, "I was not getting good subjects that would excite me. Also my health was not good, that was also a reason. The subjects that I was offered did not suit me."
"And if there were subjects that suited me, people were not confident of making a film with me. They thought I won't be viable for the project," he admitted.
Now, Sunny has a few films lined up for release like - I Love New Year, Yamla Pagla Deewana 2, Mohalla Assi, Singh Saheb The Great and Ghayal Returns.
"The films which are almost ready for release this year are I Love New Year, Yamla Pagla Deewana 2, Mohalla Assi and Singh Saheb The Great," he said.
With changing times when films promotions have taken a centre stage, Sunny feels that reaching out to audience is important today.
"I think promotions are very important but at times we over do it and at times we do it less. But it is very important. Earlier, fans had to search for their favourite actor's upcoming film but now we have to reach out to them," he said.
"Reaching out has become important. As everybody is involved in promotions today, it is necessary to do it in an innovative manner," he added.
But he does feel selling the film on TV has also become important today? "It is important that a film gets sold (TV rights) as it speaks volume about the film. If the movie is not sold, it becomes difficult to earn or make money. We are on the mercy of the buyer. We should not compromise. But that should not be the reason why we make films," he said.
Also, as Rs 100 crore has become a benchmark to measure a film's success, the actor feels it was prevalent even earlier but has got highlighted now.
"Everybody wants success. Today money is the main issue of life and our films are a reflection of what the society, the country is. We are not different. And cinema has been doing the business of Rs 100 crore for years but that is getting noticed today," he said.
"If you evaluate the success of old films it will be more than Rs 100 crore. So I don't think anything has changed," Sunny added.