Sunny Leone is on This List of 100 Most Influential Women 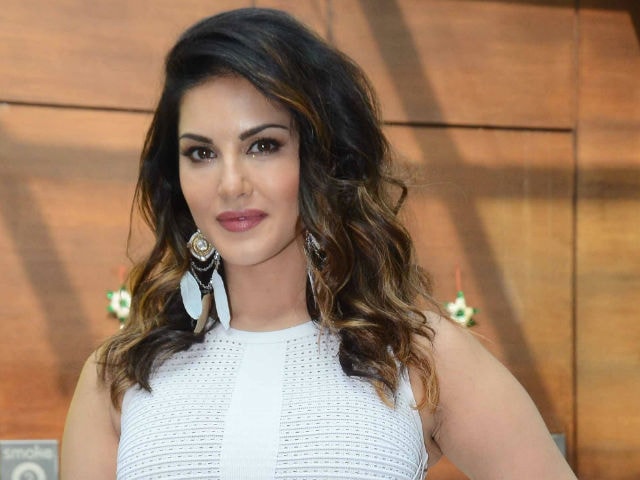 Actress Sunny Leone features on the list of BBC's 100 most influential women. Apart from Sunny, the list also includes four Indian names - Gouri Chindarkar (Sangli), Mallika Srinivasan (Chennai), Neha Singh (Mumbai) and Saalumarada Thimmakka (Karnataka), the oldest on the list, read a statement. This is the fourth year that BBC has come up with the list of influential women, which ranks stars women from all walks of life - entrepreneurs, engineers, sportswomen, business women, fashion icons and artistes. Sunny Leone, whose real name is Karenjit Kaur Vohra, is Canadian of Indian origin and has spent the last five years working in India.
Sunny Leone, 35, made her debut in Bollywood with 2012's Jism 2. She began her career on Indian TV with reality show Bigg Boss in 2011. Sunny has also starred in films like Jackpot and Ek Paheli Leela, Hate Story 2, Singh Is Bliing and Kuch Kuch Locha Hai. On Sunday, five years after she first appeared on the reality show, Sunny returned to Bigg Boss as judge on a special episode.
In 2015, Sunny Leone, 35, also topped the list of most searched Indian celebrities, above Salman Khan, Shah Rukh Khan and even Prime Minister Narendra Modi. Sunny owned the spot second year in a row.
Months ago, Sunny gained widespread approval of the way she handled a difficult TV interview, the questions on which were criticized as unfair and judgmental. The questions included one on whether actor Aamir Khan would want to work with her. Soon after, Aamir thrilled everyone by tweeting: "I think Sunny conducted herself with a lot of grace and dignity in this interview.... I wish I could have said the same about the interviewer. And yes Sunny, I will be happy to work with you. I have absolutely no problems with your "past", as the interviewer puts it. Stay blessed. Cheers. Aamir."
Aamir Khan has since lent Sunny Leone his acting coach. Sunny has also shot a special song for Shah Rukh Khan's film Raees, out next year. She has a role in the currently-filming Badrinath Ki Dulhania, opposite Varun Dhawan and Alia Bhatt.
Here's a little background on the other women who made it to BBC's 100 most influential women.
Gouri is a 20-year-old computer engineering student from Sangli, Maharashtra. She is one of the first children in India to experience a unique learning experience now known as 'School in the Cloud.'
Mallika, 57, is the CEO of Tractors and Farm Equipment Ltd. She is known as the 'Tractor Queen' of India and has grown her family company into the third largest tractor manufacturer in the world.
Neha is a 34-year-old actor-writer who founded a movement to encourage women to walk the streets of Mumbai to defy harassment.
Saalumarada is a 105-year-old environmentalist from Karnataka who has planted more than 8,000 trees in 80 years, a project which first started in response to social ridicule at not being able to have children.
Some of this year's high profile women on the list include singer-songwriter Alicia Keys, US gold medal-winning gymnast Simone Biles and French politician Rachida Dati.
(with inputs from IANS)