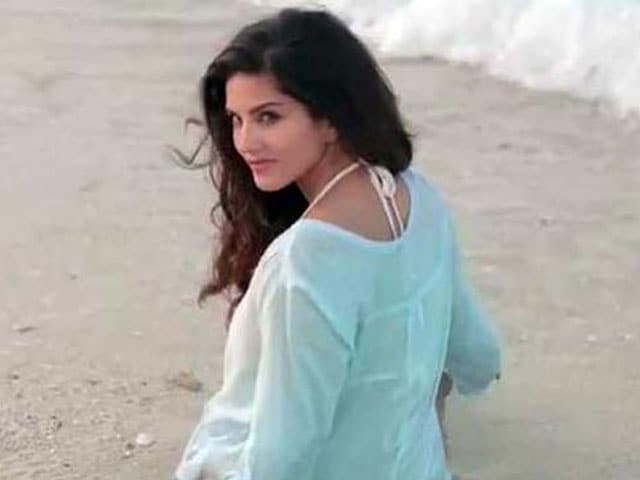 Sunny Leone in a still from the advertisement

Sunny Leone wrote on Twitter, "Sad when people of of power waste their time and energy on me, instead of focusing on helping those in need!!!!!." She was responding to criticism of a condom commercial she featured in from a senior politician and the former chief of the Delhi Commission of Women

Actress Sunny Leone has responded to criticism of a condom commercial she featured in from a senior politician and the former chief of the Delhi Commission of Women. (Also Read: Comments on Sunny Leone's Condom Ad 'Silly,' Says Shilpa Shetty)
In a tweet in Thursday evening, Ms Leone urged 'people of power' to focus helping people in need:


Sad when people of of power waste their time and energy on me, instead of focusing on helping those in need !!!!! #SHAME#EPICFAIL

Barkha Singh, former chairperson of the Delhi Commission of Women, urged the government to withdraw the 'highly immoral' commercial from being aired on TV, news agency PTI reported on Thursday.
Hours earlier, senior Left leader Atul Kumar Anjaan issued an apology of sorts for his comments. "Supporters of porn and Sunny Leone are raising objections," Mr Anjaan told news agency ANI, "I apologise but don't stand for for such ads."
"Sunny Leone's ads are vulgar. I am not anti-condoms but the language used in the ad is not right," he said.
In a video that appeared to have been shot at a rally in Ghazipur, Uttar Pradesh on Tuesday, the national secretary of the Communist Party of India or CPI warned that the commercial will lead to more rapes. The video was uploaded onto YouTube by a channel called Khabar India.

Sunny Leone, 34, starred in adult films before appearing on reality show Big Boss and making her Bollywood debut with the movie Jism 2 in 2012. Last year, she appeared in an advertisement for a brand of condoms called Manforce in December 2014. Her pre-Bollywood roles was also roundly slammed by Atul Kumar Anjaan in his speech.
The actress has also, separately, been accused in May this year of obscenity by a Mumbai woman who filed a First Information Report or FIR complaining that Ms Leone has posted pictures online that amount to circulating pornographic material.
This year, Ms Leone appeared in the films Ek Paheli Leela and Kuch Kuch Locha Hai. Her next film, the sex comedy Mastizaade, was recently cleared by the Censor Board.