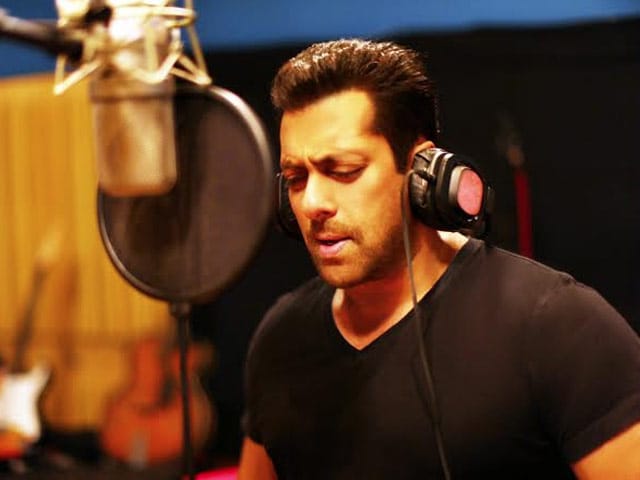 The best laid plans of mice and men, as they say. The song that actor Salman Khan has sung in upcoming film Hero was supposed to have been released on Friday but, on popular demand, was made public a day early.
The song, called Main Hoon Hero Tera and composed by Amaal Mallik, is the title track in the movie which serves as a launch pad for Salman proteges Suraj Pancholi and Athiya Shetty, the son and daughter of actor couple Aditya Pancholi and Zarina Wahab and actor Sunil Shetty and his wife Mana.
Salman, 49, shared the song on Twitter:

A teaser of the song was released a couple of days ago. It appears to have overwhelmed the Bajrangi Bhaijaan actor's fans, who clamoured to be made privy to the full length version.
The Dabangg star's previous stints in the recording studio include the song Hangover (composed by Meet Bros Anjjan) in his 2014 film Kick.
Hero, co-produced by Salman Khan Films and Subhash Ghai, is a remake of Mr Ghai's 1983 film of the same name. It has been directed by Nikhil Advani and also stars Tigmanshu Dhulia and Suraj's father Aditya Pancholi. It releases on September 11.