Sushant and Parineeti have started the preparations for their upcoming film Takadum. In a pic trending on social media, the onscreen pair can be seen engrossed in a script reading session 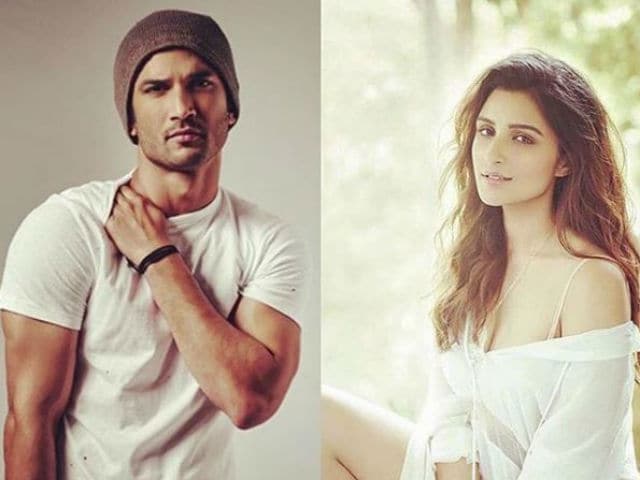 Shuddh Desi Romance couple Sushant Singh Rajput and Parineeti Chopra are returning to charm us onscreen.
The actors have started preparations for their upcoming film Takadum. In a pic trending on social media, the pair can be seen engrossed in a script reading session.

In a video shared by Parineeti's fan club, Sushant can be seen playing a guitar while Parineeti sways to the tune. They look adorable together:


#Takadum prep has begun!!! In case some of you have forgotten, Takadum was announced some months ago starring @parineetichopra @sushantsinghrajput and Irfan Khan! Directed by @homster I'm so excited! Look at them I've wanted this couple back on screen for so long! So glad to have them back! Wishing them all the luck in the world on this new journey!

Sushant has been taking guitar lessons and we wonder it was for Takadum.

Produced by Dinesh Vijan, Takadum also stars Irrfan Khan and will be directed by Homi Adajania.
In June, Sushant tweeted a little inside information about the film. This is what he had to say:


About a girl who has the sky in her eyes&a guy whose only dream is to touch that goddamn sky #TAKADUM@homiadajaniahttps://t.co/xehTe6obpp

Slated to be an intense love story, Takadum is expected to hit screens in July next year.
Sushant Singh Rajput was last seen as cricketer M S Dhoni in the Neeraj Pandey-directed biopic M S Dhoni: The Untold Story while Parineeti, after her dramatic weight loss, shook a leg with Varun Dhawan in a special song for Dishoom. She is also expecting her Yash Raj film with Ayushmann Khurrana, Meri Pyaari Bindu, to hit screens early next year.