"Neither she was an alcoholic nor I am a womaniser. People do grow apart and it's unfortunate. Period," Sushant Singh Rajput posted on Twitter 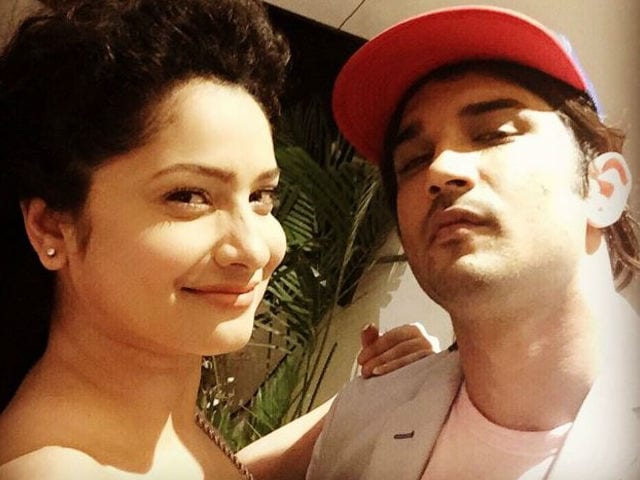 A tweet from Sushant Singh Rajput lays to rest, or ought to, speculation about the actor's relationship status. There has been a certain degree of ambiguity over whether and why Sushant and his girlfriend of six years Ankita Lokhande called it quits in March and a post from Sushant late Wednesday should end the guess work.
In his tweet, Sushant dismissed rumours of why he and Ankita broke up:


Neither she was an alcoholic nor I am a womaniser . People do Grow apart & its unfortunate . Period!!

News of the split was received in March with consternation and disbelief and the former couple didn't help matters along. Sushant, 30, told Hindustan Times in a text message: "I can't talk about it right now. It is not a good feeling. Please, understand."
Ankita, 31, has been posting selfies on Twitter with cryptic captions:


"So many years of education yet nobody ever taught me how to love myself and why it's so important" pic.twitter.com/AER7zCz4ZD

Sushant Singh Rajput and Ankita Lokhande met on the sets of television show Pavitra Rishta in 2009 and have been dating ever since. In 2011, Sushant quit the show to try his luck in Bollywood and two years later, in 2013, made his debut in Abhishek Kapoor's Kai Po Che!, an adaptation of Chetan Bhagat's novel 3 Mistakes of My Life.
Sushant, who was last seen in 2015 film Detective Byomkesh Bakshy!, will be soon seen in Neeraj Pandey's MS Dhoni: An Untold Story. He has also signed up for Dinesh Vijan's Raabta, co-starring Kriti Sanon. The film is produced by Homi Adajania.