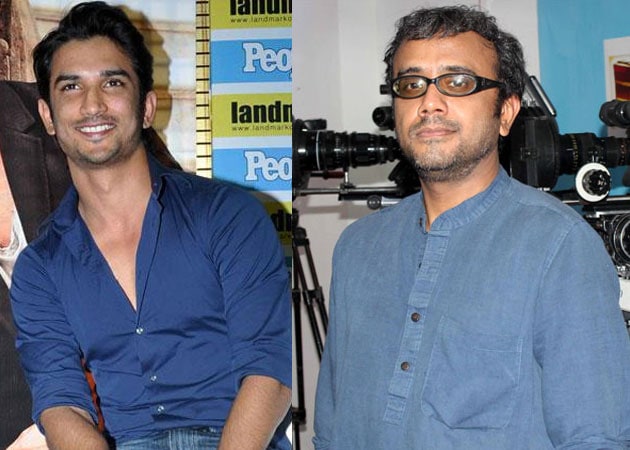 Director Dibakar Banerjee is all set to bring one of Bengali literature's most famous detectives to the big screen with a film on Byomkesh Bakshi.

Director Dibakar Banerjee is all set to bring one of Bengali literature's most famous detectives to the big screen with a film on Byomkesh Bakshi.
The Love Sex Aur Dhoka director is making a Hindi film about Bengali writer Sharadindu Bandyopadhyay's famous fictional detective with Kai Po Che star Sushant Singh Rajput in the lead.
The film is titled Detective Byomkesh Bakshi and will be co-produced by Yash Raj Films and Dibakar Banerjee Productions.
Banerjee will recreate a pre-Independence era Kolkata in the film as it follows the first adventure of the Bengali sleuth.
"Set in 1942, the film will show a war-torn Kolkata during the 1940s, as it follows the first adventure of Byomkesh, who is fresh out of college," said Banerjee.
Byomkesh Bakshi has previously been played on the popular '90s Doordarshan serial by actor Rajit Kapoor. In 1967, Bengali superstar Uttam Kumar played the role in the first ever adaptation of the books in director Satyajit Ray's Chiriyakhana. Actor and director both won the National Award.
Byomkesh Bakshi has also been played by a series of Bengali actors in subsequent TV and film versions. Late filmmaker Rituparno Ghosh's swan song Satyanweshi also revolves around the sleuth. The Bengali film is currently in post-production and features Kahaani fame director Sujoy Ghosh in the lead.
Dibakar Banerjee's period thriller starts shooting in January 2014 and will hit theatres in December next year.