Sushant Singh Rajput Was Excited, Not Nervous About Playing Dhoni

Sushant said, "When you do a film, you improve as an actor but there are some films where you end up becoming a good human being after doing them." 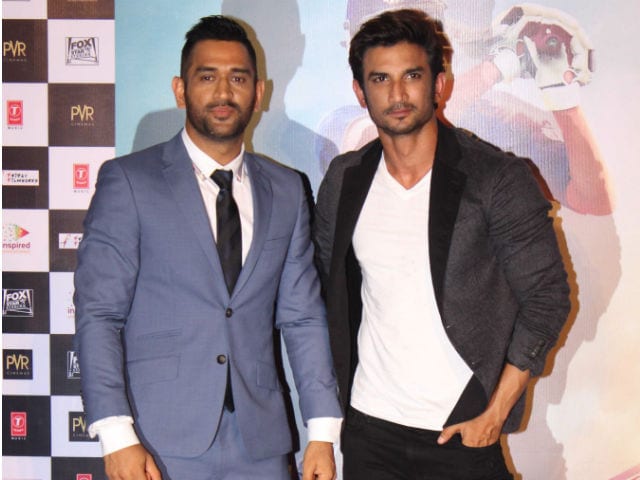 Sushant Singh Rajput, who plays the title role in the upcoming biopic on Indian cricketer MS Dhoni, was excited rather than under pressure, to portray the legendary sportsperson onscreen.
"There was more excitement than pressure. I had the opportunity to know his (Dhoni's) story closely from him and play his part on screen. So there was more excitement, and not pressure," Sushant told reporters at the trailer launch of MS Dhoni: The Untold Story on Thursday evening.
"When you do a film, you improve as an actor but there are some films where you end up becoming a good human being after doing them," he said.
The Kai Po Che actor revealed that it was in 2007 when he had first met the Ranchi-born cricketer and his family. "I have enormous respect for him," the 30-year-old actor added.
The Indian ODI captain, who was present at the trailer launch, revealed that Sushant used to often ask a lot of questions to understand his life story.
"He (Sushant) used to ask a lot of questions. Initially I was okay but after 15 to 20 minutes, I was like, I am talking about only myself... I need a break now," said the 35-year-old batsman-wicketkeeper, under whose captaincy India won the 2007 T20 and the 2011 50 Over World Cups. The biopic, directed by Neeraj Pandey, releases on September 30.