"We are telling a very important, engaging story (through the film). We have worked hard on it, we want to share that experience with you, and all you are concerned about is my personal life. There is no relation," says Sushant Singh Rajput 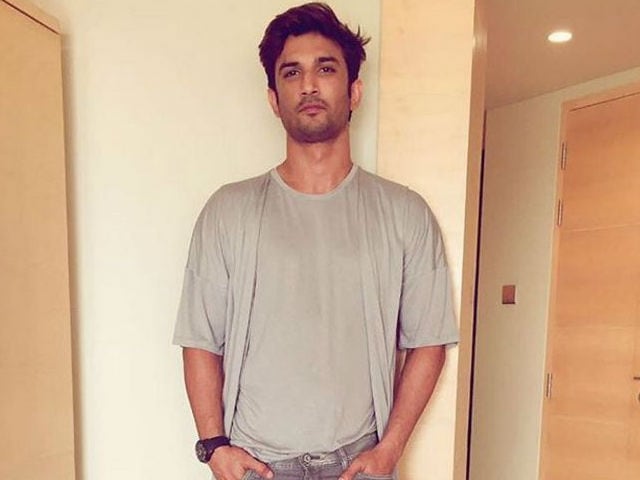 Actor Sushant Singh Rajput says while rumours about his personal life don't bother him, he feels too much attention on his relationship status is unfair to the hard work he puts in his films.
Earlier this year, Sushant separated from long-time girlfriend actress Ankita Lokhande. The Kai Po Che! star was then linked to his Raabta co-star Kriti Sanon.
The actor, currently busy promoting his next MS Dhoni: The Untold Story, feels rather sad when people write about his personal life.
When asked if he feels upset when people talk about his personal life, Sushant said in an interview: "Yes they should not be (talking about it). We are telling a very important, engaging story (through the film). We have worked hard on it, we want to share that experience with you, and all you are concerned about is my personal life. There is no relation."
The 30-year-old actor insisted he has always been vocal about his relationship but does not like talking about it while promoting his movies.
"Either you should wait a while, let the film release and then talk about my relationship. Because I've always been very open about my relationship. Then I'll talk about it. This is not the time. Right now I am on duty, I have to sell my film. I don't have to talk about my personal life. People should understand," he said.
Sushant said he is a "very selfish actor" who chooses to focus solely on his films and no amount of negativity affects him.
"If there is somebody who looks at me, gets happy or inspired, or I get a smile on his face, I'll be happy with it. If they are envious or negative, it is their problem. It is not my problem. It doesn't affect me. It affects them. That's why they are talking. They need to figure it out. It's not my problem," said Sushant.
Directed by Neeraj Pandey, MS Dhoni: The Untold Story features Sushant as the Indian cricketer from Ranchi. The film is scheduled to release on September 30.
(Except for the headline, this story has not been edited by NDTV staff and is published from a syndicated feed.)