The trailer of the film, which was officially released by producers Fox Star Studios on Twitter on Thursday night, is nothing short of awe-inspiring. 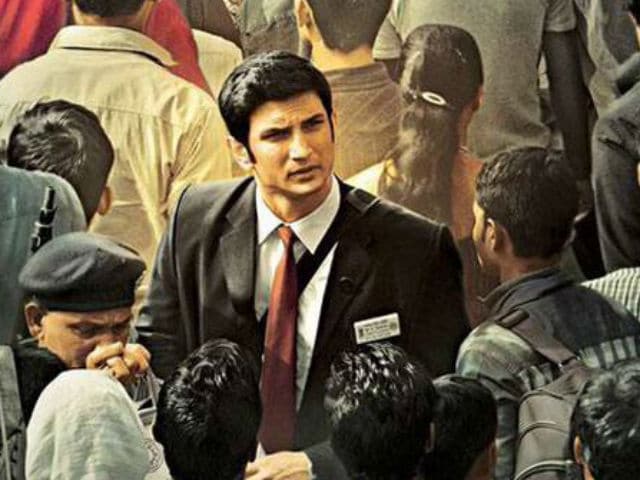 A still from the trailer of MS Dhoni: The Untold Story

After constant stalling, the prayers of Bollywood and cricket fans world over were answered when Neeraj Pandey's biopic on the life of Indian cricket team captain, Mahendra Singh Dhoni, finally got a release date of September 30, 2016. And the trailer of the film, which was officially released by producers Fox Star Studios on Twitter on Thursday night, is nothing short of awe-inspiring.
A lot may be known about the life and career of the Indian skipper, but the trailer promises that the film will shed light on not just the glory moments, but the early trials and tribulations, the small-town parental pressures and overall struggles that Dhoni had to deal with before he became an internationally renowned player as well.
A lot of pressure will ride on Sushant Singh Rajput to pull off the titular role, but the trailer suggests that the actor might do so with sincerity and the work he's put into mastering the game, his dialect, body language and stance.
Smartly, the rushes of Dhoni's romantic relationship with wife Sakshi, played by Kiara Advani, have been kept to the minimum, which adds to the intrigue of his personality. Keep a look-out for Bhoomika Chawla, whose last major Bollywood film was Family: Ties of Blood back in 2006.
The MS Dhoni: The Untold Story trailer certainly hits a six. Just watch the last frame as Dhoni hits his famous winning shot at the 2011 World Cup, while commentator Ravi Shastri's ecstatic voice fills the nation with pride.
Watch it here: