Sushant Singh Rajput's MS Dhoni Will Live Up to the Hype, Says Director

"I am thankful for the kind of anticipation that has built up following the trailer and promotions. I am glad all that has happened. We truly believe we will live up to it," said Neeraj Pandey 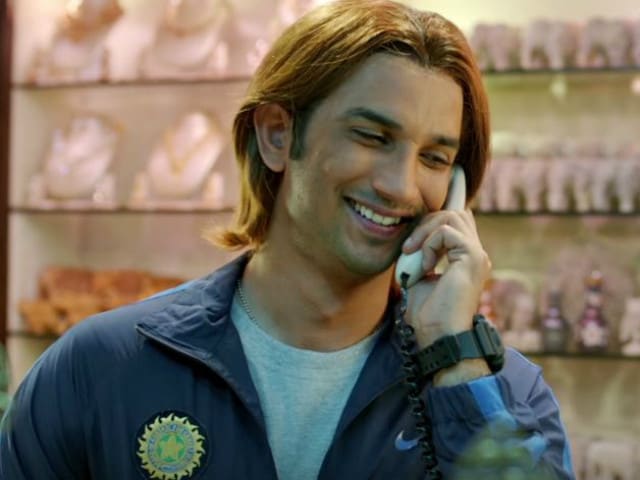 Sushant Singh Rajput in a still from MS Dhoni: The Untold Story.

Neeraj Pandey plans to head out for a "long break" just two days ahead of his latest film, MS Dhoni: The Untold Story, hits the screens on Friday. He said he is confident that the movie will live up to the hype created by the trailer and promotions.
What are his sentiments ahead of the release of the movie, which tells the story of successful Indian cricketer Mahendra Singh Dhoni?
"I am through with it in more ways than one. There's nothing much at all to say. The actors have done their job, I have done mine and now the film is being delivered. I am looking forward to a long break now. I am going on a break on September 28 because there's nothing much to do now in context to the film," Neeraj told IANS over phone from Mumbai.
"I am thankful for the kind of anticipation that has built up following the trailer and promotions. I am glad all that has happened. We truly believe we will live up to it," he added.
With actor Sushant Singh Rajput stepping in the shoes of Dhoni, the film tells the inspirational story of how Indian cricket's poster boy was once a ticket collector at the Kharagpur railway station and chased his dreams with a rare passion.
"It's a story about resilience and tenacity and also, the fact that what success is actually. If you're at peace with yourself, true success lies there. It's not just about achieving something," said Neeraj, who has earlier directed thrillers like A Wednesday, Special 26 and Baby.
What made him digress from that space?
"I would use the word explore rather than digress. As storytellers, we all look forward to work on newer stories, newer content. So I found Dhoni's story very interesting to tell. It's a big story, very inspirational, moving and I felt it was the right kind of material after a film like Baby," he said.
His next project will be Crack.
"Work on Crack starts in January. I will be involved in some productions till then. Crack
(Except for the headline, this story has not been edited by NDTV staff and is published from a syndicated feed.)