Sushmita Sen At Miss Universe Again. 'This Is For You, India,' She Says

Sushmita Sen posted video of herself at the Miss Universe contest, which she is judging 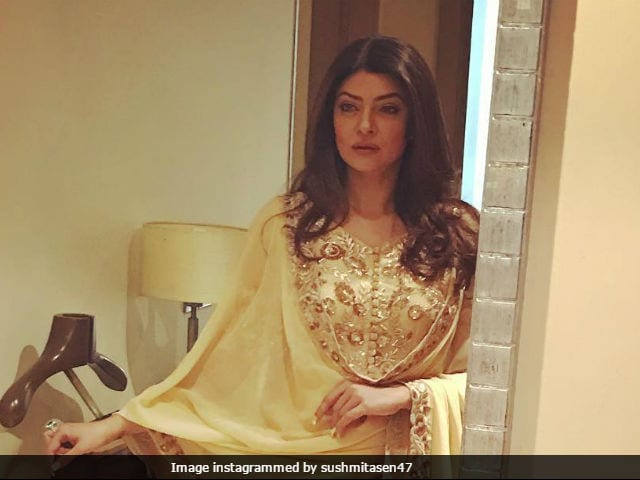 Actress and former beauty queen Sushmita Sen, 41, is in the Philippines as a judge in the Miss Universe pageant and has been posting memories and moments on her Instagram account. Her latest post is a video clip of her on the vast pageant stage during rehearsal, 23 years after she won the title in 1994. Sushmita Sen writes in the caption that she persuaded her co-judges - two of whom are past Miss Universe winners - to 'walk the ramp' one last time. In the video, Sushmita is seen doing exactly that, wearing a black jumpsuit with a red jacket over it. The idea, as her caption says, was to "celebrate the platform that will change someone's life forever." Speaking over the footage, Sushmita Sen says, "This is for you, India." The Miss Universe pageant was held in Manila and Iris Mittenaere of France was crowned Miss Universe 2016.
This is what Sushmita Sen posted from the pageant stage:


For you #India post our #judge briefing today, got all my co judges (very sporting bunch) up on the #missuniverse2016 stage in #Manila to celebrate the #platform that will change someone's life forever!!! bringing #glory to their #country as they proudly represent it!!! my co judges walked n danced too (videos to follow) And I..walked this stage one last time with YOU in my heart!!!! I celebrate you...I always will!!! THANK YOU INDIA!!! #missuniverse1994


I love this picture!!!! celebrating 68th Republic Day of India in the #Philippines God bless both our Nations with Unity and prosperity!! An honour to fly both #flags high!!!#moments #homecoming #manila #indianembassy

In 1994, Sushmita Sen was crowned the first Indian Miss Universe after winning the Miss India title, beating Aishwarya Rai. After completing her duties as Miss Universe, Sushmita made her Bollywood debut in 1996 film Dastak. Her film work includes Biwi No 1 and Maine Pyar Kyun Kiya with Salman Khan, Main Hoon Na with Shah Rukh Khan, Filhaal and the Bengali movie Nirbaak. From 2010 to 2013, she organised the I Am She pageant that briefly picked the Indian representative for the Miss Universe contest.
Sushmita Sen has two daughters, Renee and Alisah.