Swara Bhaskar Reportedly Said 'No' To A Shah Rukh Khan Film. She Has Her Reasons

Swara Baskar reportedly requested the Tanu Weds Manu director to cast her opposite SRK, particularly ruling out the roles like that of his sister or daughter 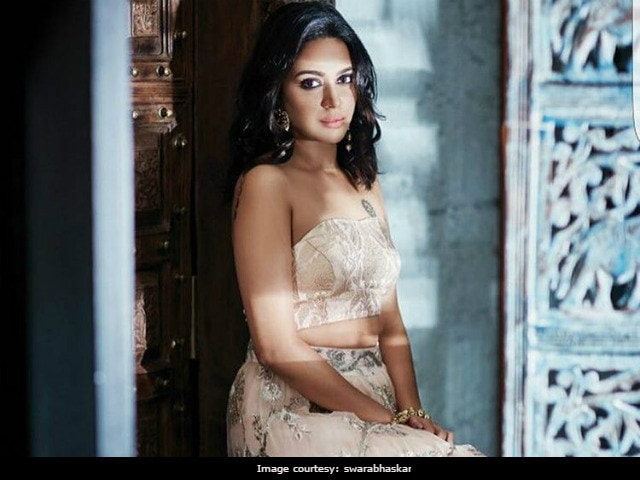 Swara Baskar said that she wanted to be a star like SRK (courtesy: reallyswara)

Actress Swara Bhaskar, who recently said that she wanted to match Shah Rukh Khan's star-status, has reportedly denied playing the role of his mother in the upcoming Aanand L Rai film. Swara supposedly approached the director for a role in his movie, only because she wanted to co-star with Shah Rukh, reported DNA. Swara also reportedly requested the Tanu Weds Manu director to cast her opposite SRK, particularly ruling out the roles like that of his sister or daughter. According to DNA, Mr Rai offered Swara to feature as Shah Rukh's mother as that was the only vacant spot in the film's cast, which she denied.
For the uninitiated, Shah Rukh's character is that of a dwarf in Mr Rai's upcoming film -a confirmation was received from the director himself in the form of a picture earlier this year.


The Dwarf & his Director! @iamsrk@aanandlrai#RaeesSuccessPartypic.twitter.com/h0K2XbwIow

Not much is known about the film except that it'll be a romance. Talking about the movie, Mr Rai told IANS last year, "I don't want to reveal the story. For now, I am keeping it to myself only. Hopefully, I can bring a great story for the audience. Let me save the suspense for you. When an actor like Shah Rukh is there, it is bound to do something with romance."
Meanwhile, Swara also told news agency IANS that he she had hoped to become as popular as the Khans of Bollywood, especially like Shah Rukh. "I wanted to be like Shah Rukh Khan, and not a Bollywood heroine. I thought I would become a popular actor like him. An actor can become a star, but to retain that position like SRK, Salman (Khan) or Aamir (Khan) for 25 years is difficult," Swara told IANS.
Swara Bhaskar, 28, will soon be seen in Anaarkali Of Aarah which will clash with Anushka Sharma's Phillauri on March 24. Meanwhile, Shah Rukh Khan, 51, was last seen in blockbuster Raees and also has Imtiaz Ali's film lined up, in which he stars with Anushka Sharma.