Swara Bhaskar: I'm Not Shah Rukh Or Aamir Khan, Don't Have Much To Lose

Swara Bhaskar said: "I don't think Bollywood is that narrow minded that they would not caste me in a film because of what I think" 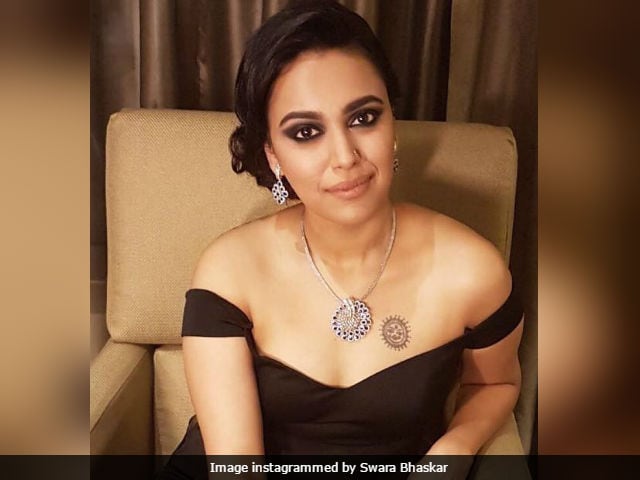 Actress Swara Bhaskar said that she doesn't have to mince her words because she doesn't have much to lose, reports news agency IANS. The Anaarkali Of Aarah actress said that unlike Bollywood personalities like Shah Rukh and Aamir Khan, she doesn't have much at stake and therefore she doesn't hesitate to speak her mind. "To be brutally honest, I do not have that much at stake. I am not Shah Rukh Khan or Aamir Khan. I don't have crores of endorsements to lose. I don't have the kind of visibility that they do. I don't have lots of property or companies. What will suffer in my case? And I don't think Bollywood is that narrow minded that they would not caste me in a film because of what I think," said Swara.
Swara, who will soon start filming Veere Di Wedding, co-starring Kareena Kapoor Khan and Sonam Kapoor, said that her film producers often ask her to keep a check on what she says and so, she has a new plan of action. "My producers sometimes get a little like, 'Swara, can you not say so much?'. So now I have a plan. I will say whatever I want to say until there are two months to the release of my film. Then, I will calm myself and I will only post about my film," she told IANS.
Swara Bhaskar's last film was Anaarkali Of Aarah and before that she was seen in Nil Battey Sannata. Swara has also starred in blockbusters like Prem Ratan Dhan Payo and Critically acclaimed films like the Tanu weds Manu series.
(With IANS inputs)