Swara Bhaskar, who was last seen in Avinash Das' film in Anaarkali Of Aarah, said the world of Twitter and the social media trolling is a very stark example of how our society functions 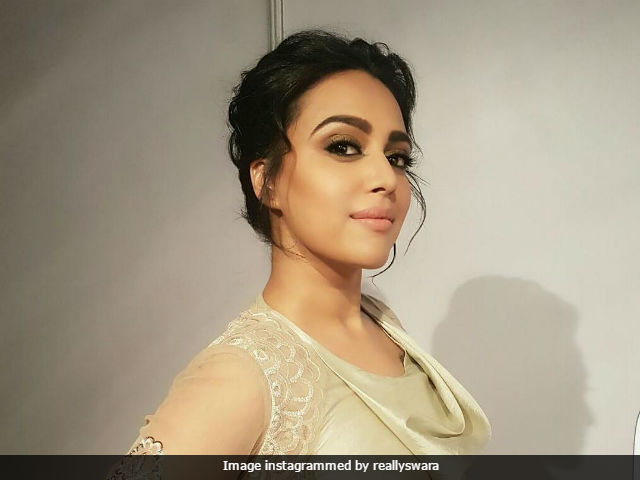 Swara will next be seen in Veere Di Wedding (Image courtesy: swara bhaskar )

Swara Bhaskar, who was last seen in Anaarkali Of Aarah, spoke about how celebrities are often trolled on social media. Expressing her opinion on the issue, the 28-year-old actress told news agency PTI that anonymity on Twitter gives people the 'power to misbehave'. She said: "I think the world of Twitter and the social media trolling is a very stark example of how our society functions. For me, it has become a place where you can pass comments on girls. You can easily hide your real identity on Twitter. You're just a Twitter egg and doing things behind that anonymity. And I feel that invisibility is giving you the power to misbehave."
The Tanu Weds Manu Returns actress added: "My way of dealing with social media trolls is to respond. I'm constantly involved in 'quote retweet', where you can quote and shame those people. You should never stay quiet if someone is trying to misbehave with you. Challenge it just like you would react on the street if someone misbehaves with you. You have to respond, you have to not let it slide and that's what I do."
Swara Bhaskar told PTI that she also believes it is important for actors to be open to criticism. "On my Facebook page anybody can post anything. And I've deliberately not made it private which I can easily do by changing my account settings but I feel like 'No, I should not'. It's very important to know what reality is and what actually people are thinking about you. It's very important to be in touch with them as it's easy to become dissociated with real word while sitting in Bollywood. In the industry, you have like-minded people and you feel safe. But that cannot be the real thing. It's just your group," Swara told PTI.
Swara Bhaskar, who was last seen portraying the role of an erotic singer in Avinash Das' film Anaarkali Of Aarah, will next feature in Veere Di Wedding. The film, directed by Shashanka Ghosh, also features Kareena Kapoor, Sonam Kapoor and Shikha Talsania in lead roles.
(With PTI inputs)