Swara Bhaskar's Character in Next Film is 'Unapologetic About Sexuality' 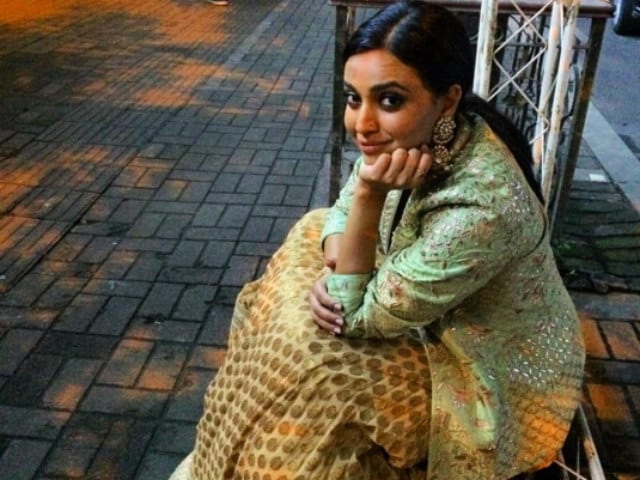 "Anarkali Aarawali is a challenging role because I play a singer who is very unapologetic about her sexuality. She considers herself an artist and her work an art. We also have to be as real as we can to the story and the context without becoming gimmicky or sleazy," Swara said in an interview

Swara Bhaskar, who has made her presence felt in the industry with her performances in Tanu Weds Manu series and Raanjhanaa, is all set to push the boundaries again with Anarkali Aarawali. (Also Read: Swara Was 'Nervous' Before Filming Prem Ratan Dhan Payo With Salman)
Swara plays a singer and composer of songs with dual meanings in journalist-turned-filmmaker Avinash Das' movie.
"Anarkali Aarawali is a challenging role because I play a singer who sings double meaning lewd songs and is very unapologetic about her sexuality. She considers herself an artist and her work an art. She is a foul mouthed and crass woman with fiery spirit. But, she is still vulnerable in a volatile and violent world that sees women like her as mere objects. We also have to be as real as we can to the story and the context without becoming gimmicky or sleazy," Swara said in an interview.
The Prem Ratan Dhan Payo actress said that not crossing the line between being sensual and sleazy was a tough task.
"A script like this is a challenge because it's the story of an orchestra singer from Bihar, from the town called Arrah which well known for politics and crime. It is the story of Anarkali, who's the small star of Arrah, who sings double-meaning and lewd sort of songs in village weddings or celebrations, and how a certain incident happens with her and then her journey henceforth. It's a brilliant script and a very challenging role."
Swara travelled to Arrah to meet the local singers of the region and went through various workshops on diction.
"I was very nervous about this role as it was a totally unknown world for me. I started off by going to Arrah and roaming the town, getting a feel of the flavour, pace and culture of the town and also the dialect. In the market I found a board saying 'Munni orchestra party' I followed the stairs and went and met a group of women singers. I shopped at local shops and tried to imagine a life in the city. I then came back to Bombay and did workshops but I still feel unprepared every morning when I go to shoot," she said.
Apart from Anarkali Aarawali, the other film which Swara is excited about is Nil Battey Sannata, directed by Ashwiny Iyer Tiwari.