Taapsee Pannu: Important To Stay Connected To The Real World

Taapsee Pannu, whose two films- Running Shaadi and The Ghazi Attack, released today, said that she makes a 'conscious effort' to stay connected with the real world. 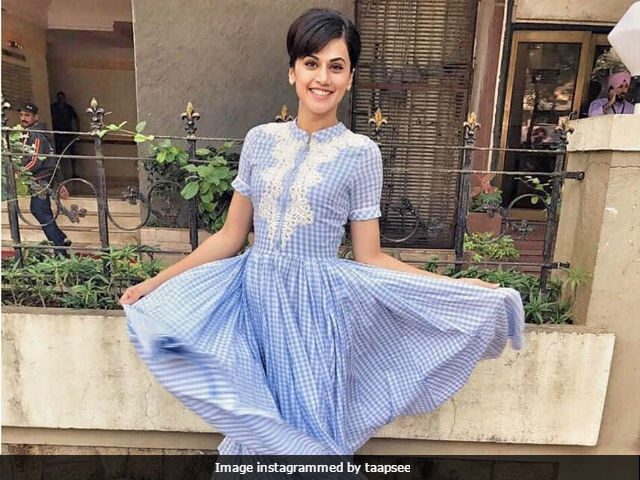 With two major films- Running Shaadi and The Ghazi Attack, releasing today, actress Taapsee Pannu told news agency PTI that she has made a 'conscious effort' to stay connected with the real world. The 29-year-old actress said: "It's extremely important to be disconnected and stay real and get outside because if all the time you are going to live around the industry people, how are you going to know what reality is or the real people, whose story you are going to tell on the big screen." Taapsee Pannu's last film Pink, directed by Shoojit Sircar earned her critical acclaim in Bollywood.
"That is why it has always been a conscious effort on my part. I can count on my fingers the number of friends I have. It's all because I really want to keep it real on screen and the fact that people find me very real and natural and believable on screen is because I'm connected to the real world," she added.
Taapsee, who is a native of Delhi, told PTI that there has always been a misconception about Delhi girls. The actress said: "We always have a typical notion about a Delhi-girl like this is how she dresses up, very loud all the time. She always has this wannabe accent. She'll always be abusive. No, I'm a hardcore Delhi girl and I'm not ill mannered that way." She added: "There's always a certain kind of fierceness that comes with us because we're supposedly more street smart. We know the realities of life. We've walked the path, from DTC buses to auto walas. We have done it all."
Taapsee, who hails from a non-filmy background, told PTI: "I'm a very proud outsider and even more proud underdog. If you're an outsider then you get people like Shoojit Sircar or Neeraj Pandey who believe in you and keep on giving you good roles."
Taapsee Pannu made her Bollywood debut with 2015 movie Baby. Taapsee is looking forward to two more releases this year, namely- Naam Shabana, directed by Shivam Nair and Judwaa 2, directed by David Dhawan.
(With PTI inputs)