Taapsee Pannu is a 'Little Scared' After Pink. Here's Why

Taapsee says her 20-minute role in Baby fetched her plum projects and after the success of Pink she needs to decide what films she signs carefully. She doesn't want to disappoint her fans 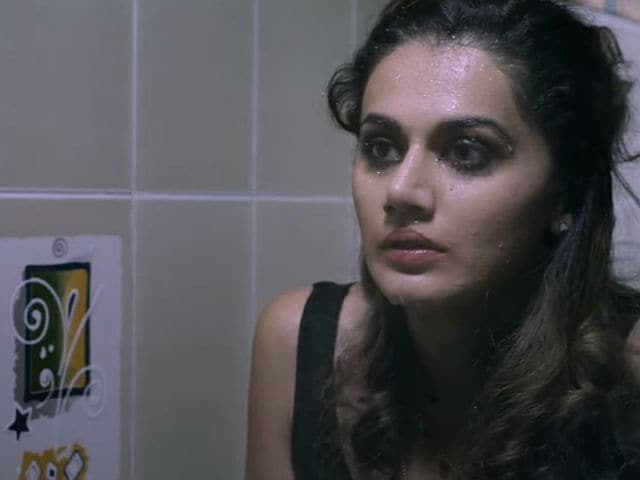 Taapsee Pannu was praised for her performance in Pink but the actress says the success of the film has only made her more cautious about the choice of roles she makes, as she doesn't want to disappoint her fans.
"The response I got for those 20 minutes in Baby was very good because of which I got a lot of other films in which you'll be seeing me next year. Now, it has escalated to another level after Pink, which makes me a little scared. Now what do I choose to live up to those expectations," Taapsee told PTI.
The 29-year old actress said a film like Pink is a rarity in an actor's career, and she wants to continue to impress the audience with her future movies. "I need to accept the fact that Pink will not come my way again. I am just trying to be as versatile as possible and work with good directors."
There have been reports that Taapsee will star in the Telugu remake of Pink. When asked about it, the actress said, "I don't know about that till now, but if they do and approach me, I would love to do."
Taapsee has already begun filming for her upcoming film Naam Shabana, produced by Neeraj Pandey. The actress shared that the first schedule of the movie is already over and the next will begin in mid-October. Naam Shabana is a spin-off from Baby series. The first film had Akshay Kumar in the lead role and the actor will be seen in a cameo in the new movie. Taapsee said Akshay's guest appearance will lend a huge support to the movie.
"Akshay's cameo in the film will help. He is a huge star in our country. He is part of the film in a very big way. Just because he is giving his name, he is part of the 'Baby' franchise. It makes it big," she said.
"We have a lot of good actors, Manoj Bajpayee, even Anupam Kher is a part of it because he was part of Baby, so it's pretty interesting star cast to look forward to," Taapsee added.
(Except for the headline, this story has not been edited by NDTV staff and is published from a syndicated feed.)