Taapsee is learning mixed martial arts and a bit of Japanese martial art Aikido, apart from self-defence system Krav Maga for the movie This image was posted on Instagram by Taapsee Pannu

Actress Taapsee Pannu is learning the nuances of martial arts for filmmaker Neeraj Pandey's new production Naam Shabana.
She last worked with Neeraj in the 2015 film Baby, in which she has a couple of action scenes. But with Naam Shabana, she will be taking her action scenes to a new level. 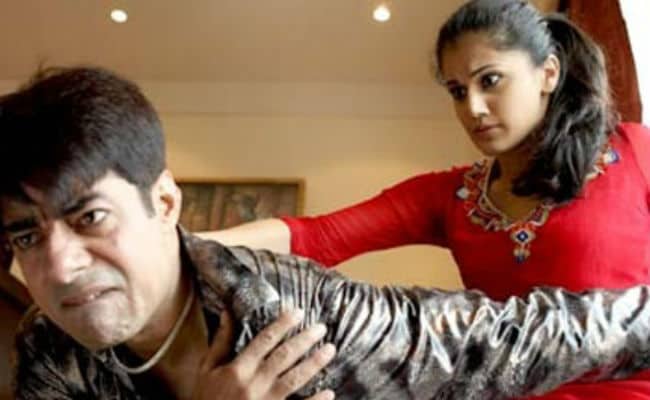 Taapsee Pannu in Baby
Taapsee is learning mixed martial arts and a bit of Japanese martial art Aikido, apart from self-defence system Krav Maga for the movie.
A fitness freak, she loves every bit of being trained in these forms as she finds it thrilling.

"Continuing with Krav Maga, I have also started training in basics of Aikido and MMA. It's getting tougher and harder from what I did for Baby. It has been a month of training and I train for one and half to two hours every day, barring the days I am shooting for 12 hours," Taapsee said in a statement.
She also said that "all these three forms have been chosen for a specific reason and when you will see the film, you will realise why."
(This story has not been edited by NDTV staff and is auto-generated from a syndicated feed.)