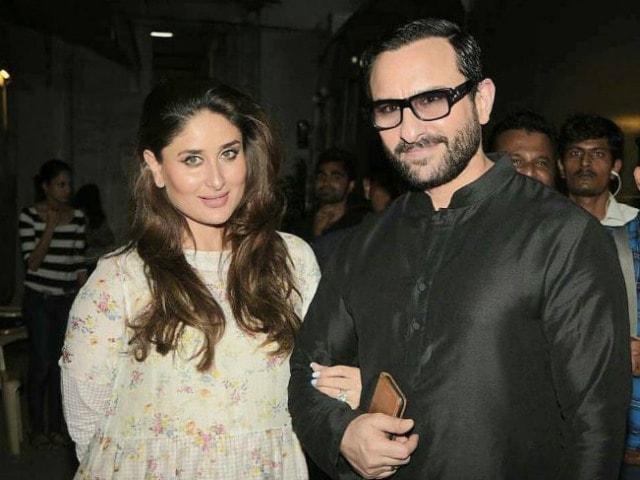 Celebrity couple Kareena Kapoor and Saif Ali Khan welcomed a new addition to the family this morning - a baby boy they've named Taimur Ali Khan. Their choice of name, however, is being looked at askance by some on social media. Twitter has assumed that the littlest Khan has been called Taimur in honour of Timur or Tamarlane, the Central Asian invader who sacked Delhi in 1398. The verdict online - Taimur is an inappropriate name. Baby arrived early morning in Mumbai's Breach Candy Hospital. A statement released on behalf of the new parents read: "We are very pleased to share with you all the wonderful news about the birth of our son: Taimur Ali Khan Pataudi, on the 20th of December 2016. We would like to thank the media for the understanding and support they have given us over the last 9 months, and of course especially our fans and well wishers for their continued affection. Merry Christmas and a happy new year to you all." Twitter is mostly fixated on the name.
Several tweets think the name Taimur is always going to be associated with Timur the invader:


Taimur been the most barbarian, the most savage murderer, the most dreaded invader in the history of India. regardless of faith, how can...

What a name to choose-Taimur-is remembered as a vicious conqueror,who razed ancient cities to ground/put entire populations to the swordRT

Some tweets are mocking the unusual name:

saif and kareena took nawab status way too seriously and named the kid Taimur. cant wait for next one as Lakshmi bai.

This is the first child for Kareena Kapoor and Saif Ali Khan, who married in 2012. They began dating after making 2008 movie Tashan and have since co-starred in Kurbaan and Agent Vinod. Saif Ali Khan, who is divorced from actress Amrita Singh, also has a daughter named Sara and son named Ibrahim.
Kareena, who has been cast in Veere Di Wedding with actresses Sonam Kapoor and Swara Bhaskar, will return to work in a while. She was last seen in this year's Udta Punjab and had a role in Salman Khan's 2015 blockbuster Bajrangi Bhaijaan. The first trailer of Saif Ali Khan's next film Rangoon is expected later this month. The film, directed by Vishal Bhardwaj, co-stars Shahid Kapoor and Kangana Ranaut and will release next year. Saif's last film was 2015's Phantom with Katrina Kaif.