Tamannaah Bhatia Is Not Doing Film With Kapil Sharma

"When I sign a film I will talk about it, please don't encourage rumours," Tamannaah tweeted 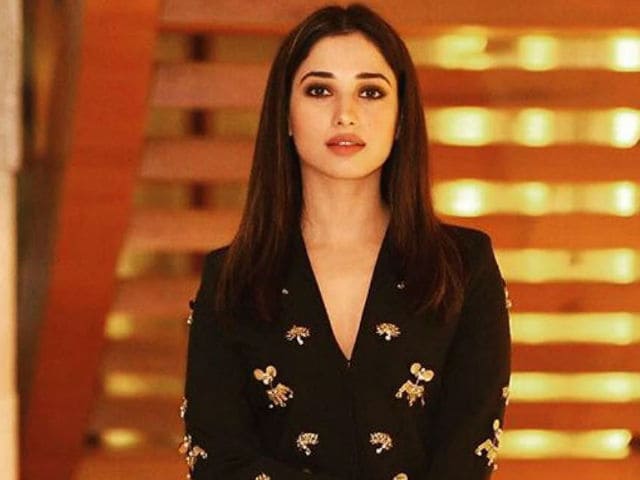 This image was posted on Instagram by Tamannaah Bhatia

Actress Tamannaah Bhatia found herself listed among the trending topics on Tuesday after reports suggested she was making a film with comedian Kapil Sharma. However, she dismissed the reports on Twitter as untrue.
In a tweet on Monday, Tamannaah insisted that she discloses any film she signs.


This is not true !when I sign a film I will talk about it ,pls don't encourage rumours https://t.co/XEb55e7xGp

Tamannaah Bhatia, 26, has worked in several Tamil, Telugu and Hindi films. She was last seen in Bollywood film Tutak Tutak Tutiya with Prabhu Deva and Sonu Sood. The film releases as Abhinetri in Telugu and Devi in Tamil.
She's currently busy completing SS Rajamouli's Baahubali: The Conclusion, the sequel to his superhit 2015 film Baahubali: The Beginning.
Last week, the Hyderabad offices and homes of the producers of Baahubali were raided, allegedly because they were believed to have been hoarding Rs 60 crores in old notes. The film, which released simultaneously in Telugu and Tamil in July last year, became India's biggest-ever hit, doing business of over 650 crores worldwide. It was also dubbed in Hindi.
Tamannaah claims to have been unaware of the raid. "I have no clue. I don't know anything. I haven't heard anything. I think I am hearing for you, maybe I think you all know something that I don't," she told reporters at an event, according to Bollywood Helpline.
Apart from Baahubali 2, Tamannaah Bhatia will be seen in Kaththi Sandai and Anbanavan Asaradhavan Adangadhavan.