Tamannaah: Zone in Which Himmatwala was Made Went Wrong 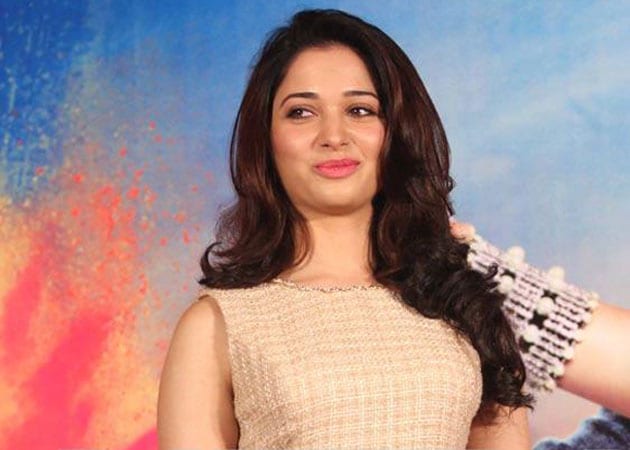 Tamannaah will be seen in Sajid Khan's Humshakals.

South actress Tamannaah says she was not disheartened with the failure of her debut Hindi film Himmatwala.

South actress Tamannaah says she was not disheartened with the failure of her debut Hindi film Himmatwala.
The film, which was a remake of the 1983 super hit movie with the same name, had Ajay Devgn and Tamannaah stepping into the shoes of actors Jitendra and Sridevi. The remake version, directed by Sajid Khan did not do well at the box office. (Also read:Shruti Haasan to replace Tamannah Bhatia in Aagadu)
"I think the zone (remake of a 80s film) in which the film was made went wrong. I think we went wrong conceptually and that did not go well with the audience," Tamannaah told PTI in an interview here.
The 24-year-old actress said she has learnt to take things in stride. "I was not disheartened. It is okay as every actor goes through good and bad phases. I have seen success and failure both in South film industry," she said.
Tamannaah will be seen in Sajid Khan's Humshakals, which releases on June 20.
When asked if she was apprehensive working with Sajid again, she said, "I did not worry about working with Sajid again. I think every creative person undergoes ups and downs. Both the films are different from each other." (Also read:Tamannah Bhatia: Inspiring to watch Akshay Kumar perform)
Tamannaah has been linked up with Sajid but she rubbished such reports, saying, "He is like my brother is what I would like to say. He has not favoured me over anyone."
Humshakals stars Saif Ali Khan, Riteish Deshmukh and Ram Kapoor in triple roles and has Bipasha Basu, Tamannaah and Esha Gupta as female leads.