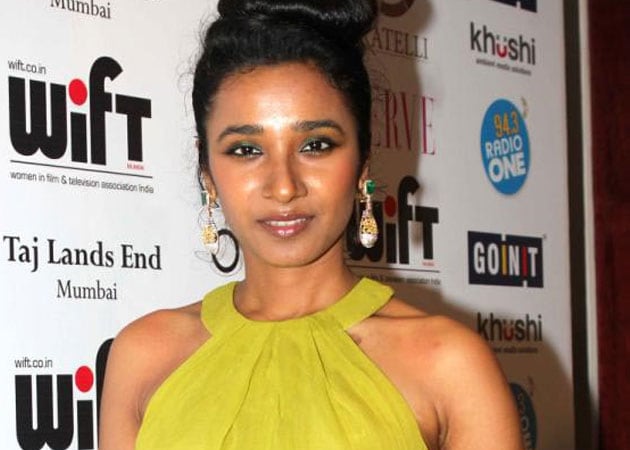 Actor Tannishtha Chatterjee credits her "global star" status to independent cinema.
Three of her recent films have featured at reputed foreign film festivals and she also takes pride in working with Hollywood stars such as Martin Sheen and Lucy Liu.
"I absolutely believe it's because of interesting independent cinema, both Indian and international, that I have earned popularity as a global star. I have made a breakthrough into the international arena because of my collaboration with indie as well as studio-based projects," Tannishtha told IANS in an interview.
This year has been very special for her.
"Three of my films - Siddharth, Monsoon Shootout and Bhopal: A Prayer for Rain have featured in the Toronto, Cannes and Tokyo film festivals. It has been an amazing year and what's even more special is that my film Dekh Indian Circus fetched me a National Award. What more could I ask for?"
Most of her films seldom have a theatrical release.
"We can only blame it on capitalism that has made us evaluate everything with money. All I think is that we need to create an independent cinema culture that can be appreciated by audiences.
"If you create a demand for good independent cinema, then people will want to watch it in cinemas," she said.
Having worked in several international collaborations such as Anna Karenina, Brick Lane and Shadows of Time, Tannishtha has realised that Indian cinema is "consumed" by Bollywood.
"There was a time in Indian cinema. I think it was the black and white era when most Indian films were produced by NFDC (National Film Development Corporation). I think that was the golden period when films were made with passion and creativity. Today, I think it is all about Bollywood and its stars in the last few years," she said.
"Cinema is art and it has an important place in society. But in India - every form of art, be it music or theatre, is consumed by Bollywood. If we as an industry are not able to produce something beyond box-office numbers, then something is seriously wrong," added Tannishtha.
Currently working on Indo-French project Sunrise and Hindi drama Chauranga, she said: "As an artist I'm satisfied doing these films. I'm very happy doing Indian as well as international projects. My experience with the west has been very healthy and the actors there are such professionals."
Why don't we see more of you in Bollywood?
"What will I do in an industry populated with male superstars? If I get to essay a strong woman character, then I will be more than happy to do it. Gulaab Gang is an all-women activist film and I thoroughly enjoyed working in it, while I Love New Year may be a commercial outing, I play a very strong character in it," she said.
However, Tannishtha is happy that Bollywood is gradually changing.
"I'm glad that it's finally changing because even a Vidya Balan film today can make Rs 100 crore. Deepika Padukone has evolved with time and we have started to appreciate independent films in regional languages too. It's a slow process, but it has begun," said the actress, who feels films like Kahaani and Paan Singh Tomar have brought in winds of change.
Quizzed if she misses the glitz and glamour of Bollywood, she said: "I walk the red carpet at several international film festivals. Isn't that more glamorous? Moreover, my life is very interesting and I don't have to worry about security unlike Bollywood stars. I can even walk on the road or travel in a local train and not get mobbed."