"To my utmost horror, I soon realized that the only quality they found worth roasting about in me was my skin tone," she writes 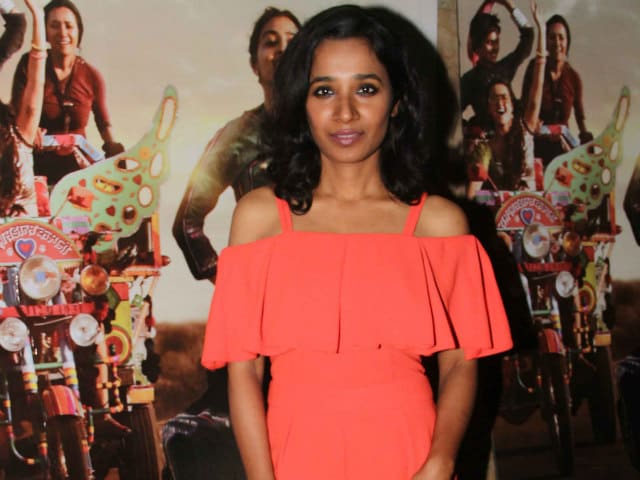 Tannishtha Chatterjee photographed at a screening of Parched in Mumbai.

Actress Tannishtha Chatterjee, who slammed TV show Comedy Nights Bachao after she was 'roasted' for her dark skin, has received an apology from the channel that airs the show.
A spokesperson for Colors TV responded to Ms Chatterjee's post on Facebook saying that they would ensure the episode aired would be free of offensive content and that channel management had 'taken this up seriously' with the makers of Comedy Nights Bachao.
Colors also emphasized that they were committed to "creating content that is meaningful and addresses pertinent social issues - skin colour bias being one of them."


Dear @TannishthaC
It is rather unfortunate that what you had expected to be a fun and novel experience turned out to be traumatic for you. pic.twitter.com/1iH9A3FBIW

This is how Ms Chatterjee responded to Colors TV:


Thanks for this post. But this is not abt me. It's abt a prejudice . I wish they made fun of me . https://t.co/VxDMA2ue8N

Meanwhile, Comedy Nights Bachao host Krushna Abhishek apologised on the show's behalf and said that it was not a 'deliberate' attempt on the show's part to offend Ms Chatterjee, reported news agency IANS. "If she feels offended by something, I apologise from our side. We never want to hurt anyone deliberately. Comedy Nights Bachao is of a roast format. Roast doesn't mean that we say just anything to anyone," he said.
Krushna added: "I had asked Tannishtha, if she has seen the show, she said she doesn't watch TV as such. So, she has no clue about the show. So I took another example and asked her if she had seen AIB Roast? And she hadn't seen that either. I told her that since it's a roast, there will be some leg pulling, but we don't insult. Had we been insulting, the show won't have come so far."
On Wednesday, Tannishtha Chatterjee revealed in a strongly-worded Facebook post that she had walked out midway through the recording of the episode of Comedy Nights Bachao she was appearing on because she was 'roasted' for her dark skin.
The 35-year-old actress was on the show to promote her film Parched.
Speaking to NDTV after her post went viral, Ms Chatterjee said: "It was surprising that only thing they found to roast was my skin tone. I sat through the first segment to figure out whether there would be something else they would find to roast but that was in vain."
"I was there to promote the film Parched, which is about a lot of deep issues. I cannot stoop to such a level to promote my film," Ms Chatterjee said.
Tannishtha Chatterjee's decision to leave the show halfway was received with incomprehension on the part of Team Comedy Nights Bachao. "I spoke to them about it but the funny thing was that they didn't even get what I was saying. They responded by saying 'why don't we shoot your exit?' The second response was 'we'll change our roast, we'll try new things,'" Ms Chatterjee told NDTV.
"They were not making fun of me, they were bringing up a deep prejudice which we've faced since childhood," explained Ms Chatterjee.

On Facebook, Tannishtha Chatterjee wrote that she had been looking forward to being 'roasted, which she described as being 'a mock counter to a toast.' It didn't quite turn out the way she'd expected.
"To my utmost horror, I soon realized that the only quality they found worth roasting about in me was my skin tone. It began with "aap ko jamun bahut pasand hoga zaroor, kitna jamun khaya aapne bachpan se?" And went on in that direction. I could not believe I was sitting in a nationally televised comedy show in 2016 in Mumbai amid such regressive (I can't call it humor), and blatantly racist content," Ms Chatterjee wrote.
She explained how prejudice against skin colour is deeply-rooted in caste bias and that casteism is one of the several notions that her film Parched challenges.
Comedy Nights Bachao, which is in its second season, is fronted by comedian Bharti Singh apart from Krushna.
Parched, which co-stars Radhika Apte and Surveen Chawla, examines the lives of rural women and has been warmly received by critics. The Rabari community of West India have objected to what they see as the portrayal of their tribe in the character played by Ms Chatterjee, a young widow looking for a bride for her son.
Meanwhile, the National Commission for Women has called it an "unfortunate episode" and is exploring avenues to initiate action, reported news agency PTI.
Tannishtha Chatterjee is known for her work in Brick Lane and co-starred with cricketer Brett Lee in the film UNIndian.
Read her entire Facebook post here: