While Rishi may have loved the Befikre trailer, the team behind the film didn't take his comment lightly and gave us a 'throwback and comeback' all in one in reply 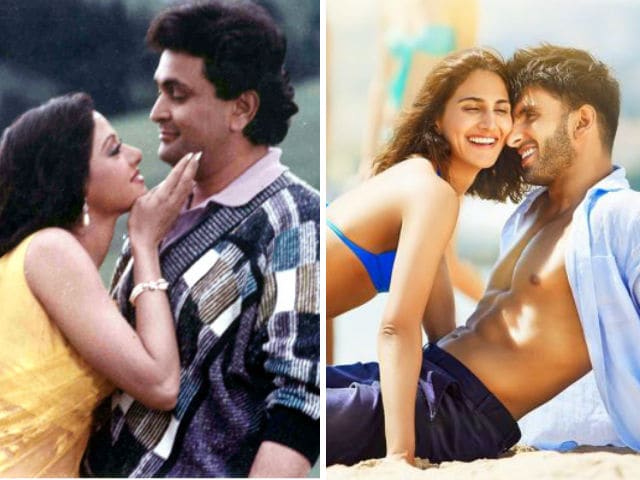 It's hard to miss Rishi Kapoor AKA 'Chintu' on Twitter. The veteran actor has an opinion, an almost always a funny one, on everything and he's pretty brazen about making it public on the social network. So how could he be left behind when the trailer of Yash Raj Films' much-talked-about film Befikre was released earlier this week?
Rishi, who has himself worked in a number of films under the banner including Kabhi Kabhie, Doosra Aadmi and Jab Tak Hai Jaan, compared the Aditya Chopra film which stars Ranveer Singh and Vaani Kapoor to a classic film in which he was the lead by calling it an 'adult version' of the same.
The film was Chandni, a romantic drama co-starring Sridevi and Vinod Khanna, which thanks to its lush locales, good looking leading pair and melodious music, soon made a spot for itself in the list of modern classics of Bollywood. Ironically, it was directed by Aditya's father, late filmmaker Yash Chopra.
Still, while Rishi may have loved the Befikre trailer, the team behind the film didn't take his comment lightly and gave us a 'throwback and comeback' all in one in reply.
Yes, they photoshopped the faces of Rishi and Sridevi onto Ranveer and Vaani's in stills from the film. And the hilarity didn't end there. Check out the tagline, "those who dare to tweet."


.@chintskap Sir, You said it, we did it! #BefikreTrailer#Chandnipic.twitter.com/27F2zX5jia

Wicked.
Befikre has been generating buzz ever since its first look came out in the form of a line of posters which show Ranveer and Vaani kissing across the city of Paris. The trailer, which screams no-strings-attached, takes the fun a little further. This cheeky comeback from the team really does prove that they are as Befikre as they come.
Of course, in the makers' defense, they also wrote, "Sir, you said it. We did it."
Rishiji, you did ask for it. And the team has delivered. The 'redone' posters look quite interesting though. Perhaps a remake is in order.
Meanwhile, Befikre is slated for a December 9 release.