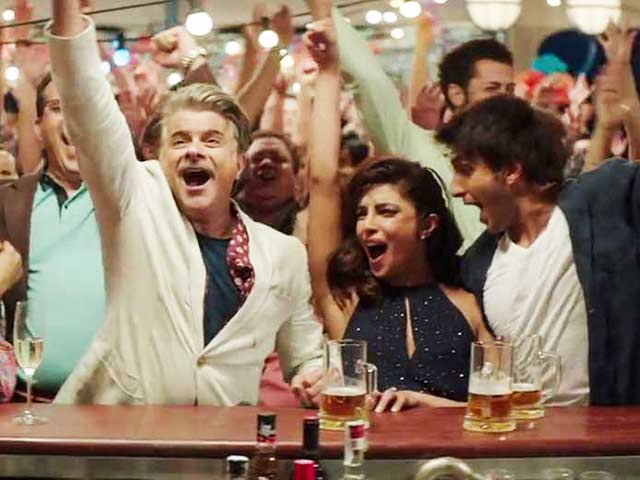 A still from the song Gallan Goodiyaan

"We have been putting together this even for the last 15 days or more," said the film's spokesperson in a statement

The team of Dil Dhadakne Do will launch a new track from the film over a special brunch at a restaurant in Mumbai on Sunday.
Along with the release of the new song, the film's trailer, the title track and the new song Gallan Goodiyaan will also be screened at the event.
To give a glimpse behind the fun and frolic the team had while filming the movie, some unseen content and behind the scenes footage will also be showcased at the brunch.
Director Zoya Akhtar's film is about a dysfunctional Punjabi family on a cruise across the Mediterranean. The film has an ensemble cast with actors like Anil Kapoor, Shefali Shah, Priyanka Chopra, Ranveer Singh, Anushka Sharma and Farhan Akhtar.
The whole cast of the film will be present at the event.
"We have been putting together this even for the last 15 days or more. Everyone is very excited about the brunch," said the film's spokesperson in a statement.
According to a source, the idea came about when they were discussing thematic events, which they can do for the song launch. After a long discussion and many ideas being tossed around, they zeroed in on doing a brunch event.
"Everyone among the cast and crew of the film has been gung-ho about the idea. They are all actively discussing about the dress code, the food and the event at large," said the source.
The film will hit the screens on June 5.