That Shah Rukh Khan, Such A Froody Dude, Always And Forever

We already know Shah Rukh Khan is a Douglas Adams fan because in March 2015, he tweeted about time and perspective, both key themes in The Hitchhiker's Guide To The Galaxy and its related books 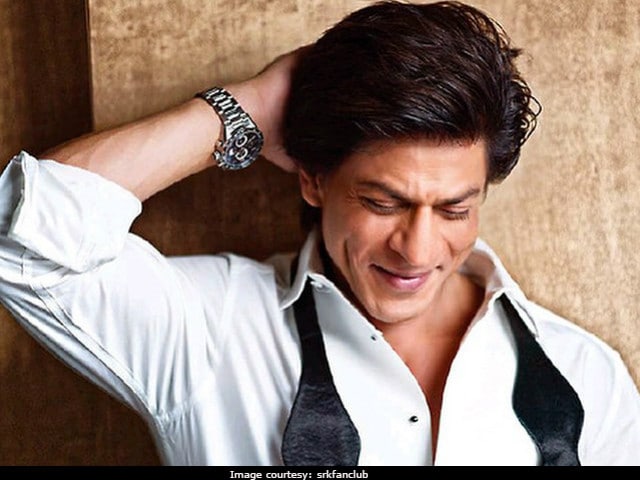 Oh, Shah Rukh Khan, how do we love thee, let us count the ways. Or rather, Barrett Browning being inadequate in this instance, you are a really hoopy frood, Shah Rukh Khan, and you have our Hearts (Of Gold) always. On Friday, the 51-year-old star had a Twitter exchange guaranteed to gladden the hearts of Douglas Adams fans. "Dirk Gently is a TV series! And I didn't know it," tweeted SRK excitedly on Friday evening. It appeared that he had been catching up with Netflix and discovered the first season of the streaming service's adaptation of Dirk Gently's Holistic Detective Agency, created by Douglas Adams.
The consequences of this tweet were even more thrilling. "Come, guest star in Season 2," tweeted Arvind Ethan David, who turned Dirk Gently into a play called Dirk in 1991 and now produces the Netflix series. "Let me know the time and place," responded SRK, offering to make his own hotel arrangements.
Who's excited? Who's excited? We are. SRK is.


Dirk Gently is a TV series!! And I didn't know it! Woe be upon me. Sorry Adams. The pic is for no apparent reason. pic.twitter.com/K2BWtCQ32a

Amazing to discover that @iamsrk is a #dirkgently fan. Come guest star in #Season2https://t.co/XoIYVnSHb4

Let me know the time and place. Will figure out my own accommodation! https://t.co/epmqhSQDIx

And Mr David is:

What it must be to be @iamsrk when every conversation becomes tabloid news. Also: COOL! https://t.co/BrSwUkToPd

Please God, let this happen.
Shah Rukh Khan should know - and if watched the show over the weekend, he already does - that the Netflix version of Dirk Gently is a fairly vast departure from Adams' original, although it is as satisfyingly surreal and bizarre as the books. The events are set in America, Dirk is young and clueless rather than middle-aged and cynical and an entire cast of new characters has been added, including a reluctant sidekick named Todd (played by Lord Of The Rings actor Elijah Wood, his sister who suffers from a fictional mental illness, a 'holistic' female assassin and a young woman who thinks she's a dog.
We already know Shah Rukh Khan is a Douglas Adams fan because in March 2015, he tweeted about time and perspective, both key themes in The Hitchhiker's Guide To The Galaxy and its related books:


wots beginning?1st time lives cross each other?Or do things not begin at all, r they always there?Douglas Adams time! pic.twitter.com/QiTR0ASkmp

We're a little worried about how Shah Rukh Khan is going to make time for Dirk Gently, if that Season 2 offer does actually work out. One of Bollywood's busiest actors, SRK is working on director Imtiaz Ali's film with Anushka Sharma and will also begin shooting Aanand L Rai's next project, in which he plays a dwarf. SRK was last seen in Raees, playing a Gujarati liquor baron.